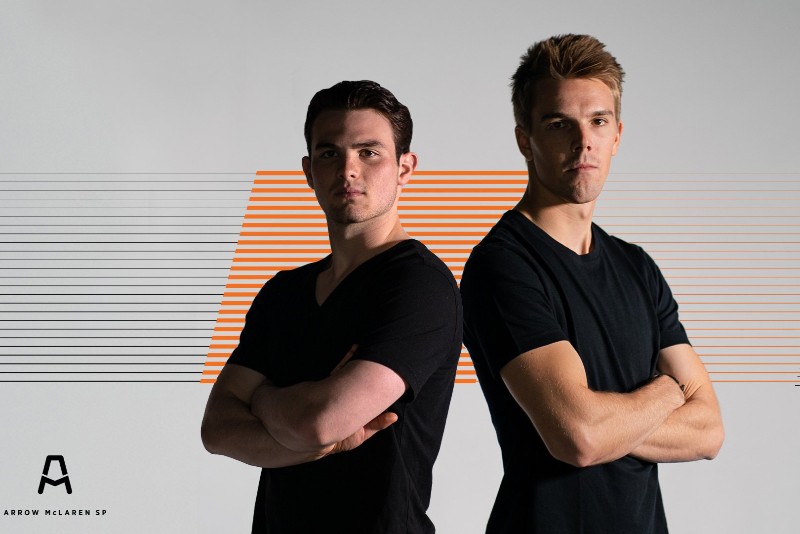 Indy Lights champions Oliver Askew and Patricio O’Ward will race for McLaren Schmidt Peterson in IndyCar next year it has been announced.

The pair will contest the full season with the Chevrolet-powered team, and may be joined by a third entry for the Indianapolis 500.

IndyCar and Super Formula racer O’Ward was released by the Red Bull Junior Team earlier this month to pursue an IndyCar drive, while Askew had recently tested with Chip Ganassi Racing before all four of its 2020 seats were taken.

“The new team brings together three great partners and it’s an honour to be representing them in this new chapter for the team and my career. This is an exciting new challenge for me and the next natural step after winning the Indy Lights title this year. I can’t wait to get started,”

Both Askew and O’Ward won their Indy Lights titles with Andretti Autosport, and 2018 champion O’Ward raced with Carlin in IndyCar this year before being signed by Red Bull to contest SF in Japan.

“I couldn’t be happier to be with Mclaren SP for my first full season in IndyCar,” O’Ward said.

“I’ve had some great opportunities over the last year, but this is by far the greatest thing that could possibly happen for my career. I had a taste of IndyCar earlier this year and cannot wait to represent McLaren SP in the best possible way for a full season in 2020.”

The Schmidt Peterson Motorsport team that McLaren has partnered with has a history in Indy Lights, as explained by Mclaren SP co-owner Sam Schmidt.

“With our background in Indy Lights, I’ve followed Oliver and Pato closely over the last few years on the Road to Indy,” said Schmidt.

“I couldn’t think of a better pairing as we write the first chapter in McLaren SP’s story. They’ve proven their skills on the Road to Indy and with an Indy Lights title each, they are ready and deserving of full-time seats in IndyCar.

“I have no doubt that Oliver and Pato are the right drivers to move McLaren SP forward.

Opinion: Is there a F1 plan behind Mercedes’ Formula E line-up?