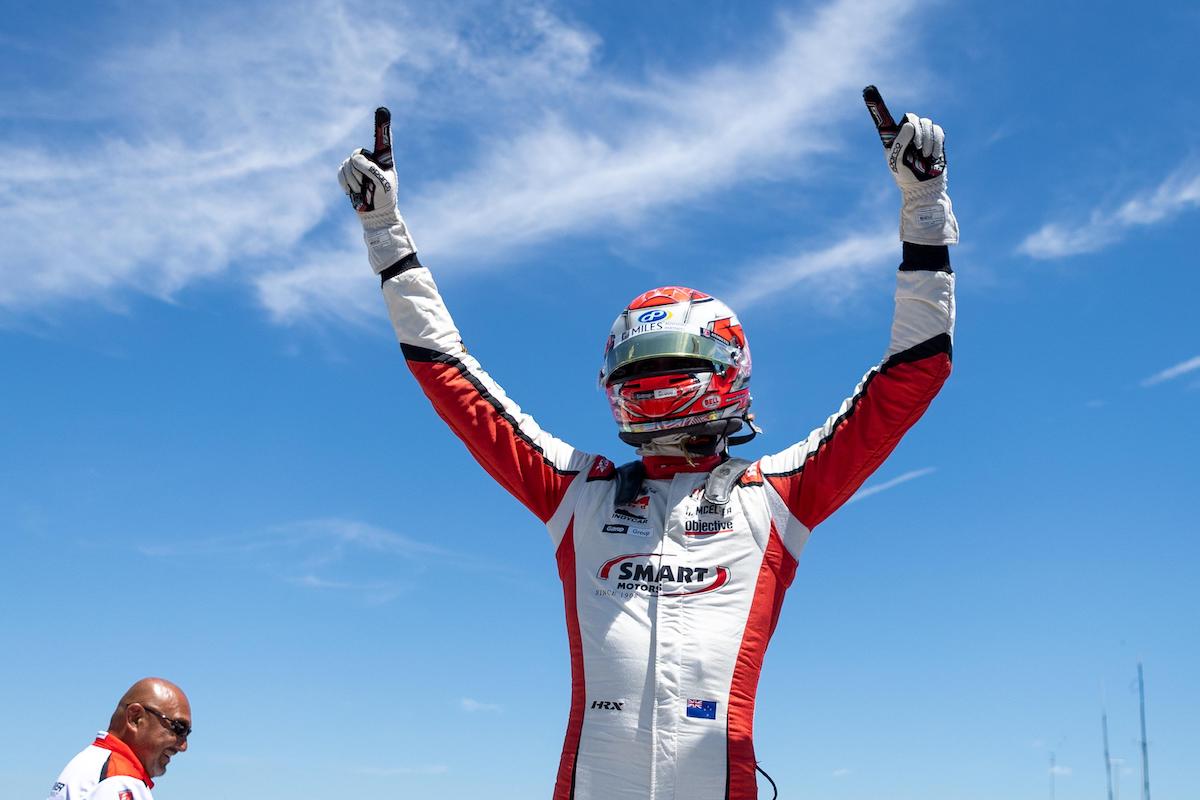 McElrea dominated the race after starting from pole and finished with a lead of more than 2.6 seconds by the chequered flag.

After a strong start, McElrea pulled away while championship leader Linus Lundqvist and Matthew Brabham battled for second. By the time Brabham came through, McElrea was already out of reach. He continued to extend the gap and was more than six seconds ahead when the safety car was brought out late in the race.

James Roe Jr span without contact and came to a stop in the gravel. He returned to the race after being removed from the gravel, but would spend the remainder of the race two laps down.

The safety car put Brabham back on McElrea’s tail. He stayed within half a second of the race leader for a lap, but McElrea had more pace than his team-mate. McElrea remained unchallenged through the remainder of the race.

Brabham took second ahead of Lundqvist. Lundqvist appeared to struggle with pace early on and Benjamin Pedersen was able to get alongside him. Lundqvist managed to keep Pedersen behind him and shook him off.

Pedersen then spent the race leading a small train of drivers in the battle for fourth. Sting Ray Robb was close behind and as they battled Christian Rasmussen and Jacob Abel closed onto their backs.

Rasmussen managed to find a way past Robb before the safety car, then swept past Pedersen not long after.

The battle between Robb and Pedersen resumed. Robb made multiple moves to try to find a way past the HMD driver, but Pedersen defended well.

It wasn’t until the final lap that Robb was able to make a move stick at the final corner, taking fifth.

Behind them, Abel span on the final lap and Christian Bogle was promoted to seventh. Antonio Serravalle held off Kyffin Simpson, while Ernie Francis Jr completed the top 10.

Danial Frost retired early on, coming into the pits with a mechanical problem that left him down on power with high car temperatures.