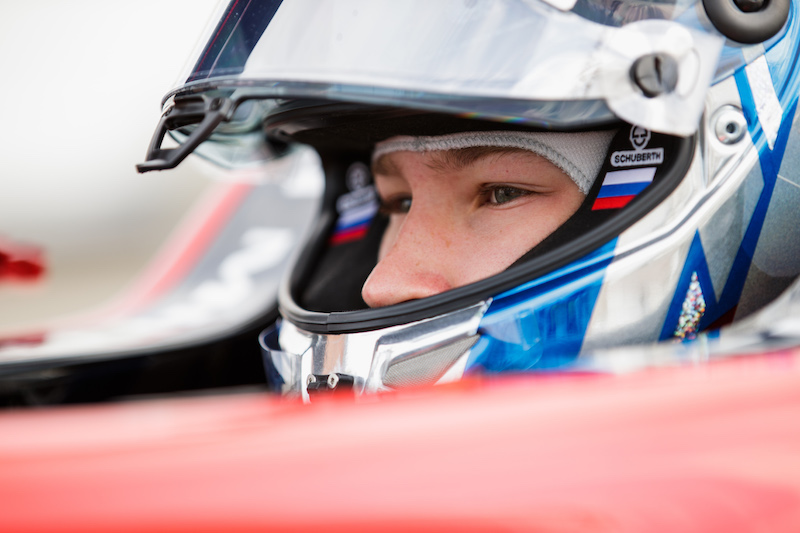 Nikita Mazepin has had his maiden GP3 pole position on home ground at Sochi taken away for track limits abuse.

A series statement said that ‘following analysis of the timekeeping data’, Mazepin was found to have gained an advantage when he ran wide at Turn 4 on his final and fastest lap.

The ART Grand Prix driver did also run wide at the final corner on his way to beating Leonardo Pulcini by 0.017 seconds.

With his best time deleted, Mazepin falls to eighth on the grid, while Pulcini takes up pole with Callum Ilott to start alongside him.

It means title contender Mazepin will now start four places behind his championship-leading team-mate Anthoine Hubert, who moves up to fourth on the grid.