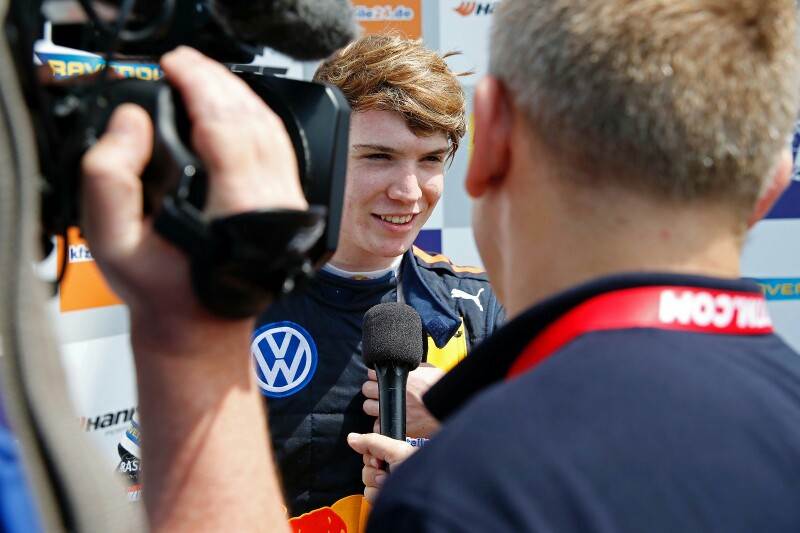 Red Bull Racing boss Christian Horner has admitted?Dan Ticktum has to develop further before he is promoted to Formula 1.

The 19-year-old Briton is currently second to Mick Schumacher in the European Formula 3 championship, having lost the championship lead last time out at the Red Bull Ring.

He commented after that Schumacher and Prema team-mate Robert Shwartzman’s recent pace has been “interesting”, in an Instagram post that was later deleted.

Amidst Red Bull’s shortage of junior drivers, Ticktum has been linked throughout 2018 to an imminent promotion to a Toro Rosso drive, despite the fact that he is unlikely to qualify for a superlicence even if he were to win the European F3 title.

“He’s a talented driver, but you know, he’s got more development to do before he’s anywhere near Formula 1 level,” said Horner.

“He’s fast, but he just needs to polish off a few rough edges.

“In F3 Mick Schumacher is doing a great job. He’s been particularly dominant, they’ve obviously got it together the second half of the season, and he’s been the man to beat.”

Schumacher currently has no official F1 ties, and although an F3 title would make him eligible for a superlicense, is expected to step up to Formula 2.

“Not ideal is the best way I can describe the weekend here in Austria. I don’t like pointing fingers at anyone but to be honest, this weekend the pace in the car wasn’t there. Setup mainly, as in the last race when we got the car better, we were pretty quickly climbing from 7th to 4th. However compared to the top 2 no one on this grid had a chance. Even their other team-mates who are good drivers were nowhere compared to them. Interesting is how I would describe their pace and I am confident many people in the F3 paddock will agree. I did the best possible as I always endeavour to do! Thank you to the team as always for their hard work. It’s not over until it’s over and I’ll make sure I arrive at the last round in the best shape I can.”

“To all the people who have left negative comments on here… this is the one and only response you will get from me, so enjoy it… I’m not a sore loser. Neither am I salty. I have a huge respect for Mick who had dealt with a lot in the past few years. I am simply suggesting that it seems to have come from nowhere? I never said it was illegal. I appreciate I have lessons to learn still! I’m not denying that. You don’t know the real story because you are not at the track looking at everyone’s data. So I’m afraid I have to tell you that your opinion is invalid under these circumstances. I’ll say it only once more, unless you have something constructive to say, leave your useless ill-thought comments off my page as they have no evidence to ratify the truth… Unfortunately however I am fighting a losing battle because my last name is not Schumacher.”