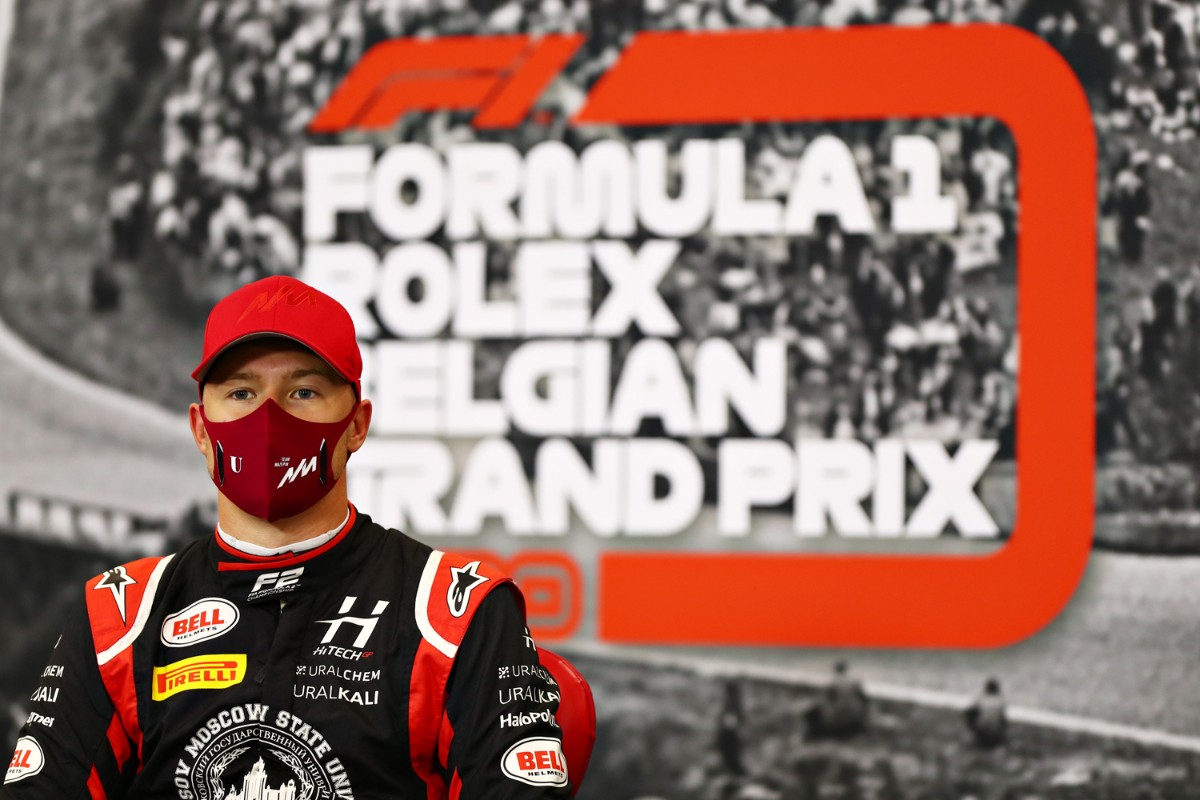 Nikita Mazepin believes that a “special” Formula 2 feature race win at Spa-Francorchamps, following last year’s events at the circuit, was “robbed” from him by a penalty.

The Hitech GP driver was defending the lead from Carlin’s Yuki Tsunoda late into the race after jumping the Red Bull junior in the pitstop phase due to Tsunoda being held as another car came through to avoid an unsafe release.

On two occasions the pair went wheel-to-wheel at Les Combes – with Mazepin making Tsunoda take to the outside line but running him out of road, forcing Tsunoda to take to the run-off and slot in behind afterwards.

Mazepin was the on-track winner but was then awarded a five-second time penalty which dropped him to second.

“To be extremely honest with you, I was as surprised as I could have been to receive that penalty, because I didn’t feel like there was anything that I should have been punished for,” said Mazepin post-race.

“I have kept my racing line, I hadn’t moved twice, I defended, I was the car in front, and I was entitled to do that as the rules say.

“The penalty is frustrating and it gets even more frustrating bearing in mind that last [time] in the Barcelona feature race, I had a five-second penalty, but on the other side of the coin where I had exactly the same thing done to me and I was forced off the track and I failed to rejoin safely. So I looked at that and learned that if the line is using all the track and you are the car in front then you are entitled to do so.

“I have never touched or collided with Yuki and I didn’t really understand it.”

Mazepin is currently fifth in the F2 points in his sophomore season, with a win in the Silverstone feature race and second place finish at Hungary in addition to his Spa podium.

“Unfortunately, as the rules go there is no way to do anything about a five-second penalty and my job now is to analyse this incident and the incident that happened two weeks before in Barcelona, see the differences, understand it, learn from it.

“I’m only 21 years of age, I’m aiming to get to F1. And I think it’s important to understand the stewards’ point of view here. I might actually go see them, because I think that the good relationships that we have had with the stewards so far allow you as a driver to question things if you don’t understand them.”

He also commented on the significance the win would have had after a year since his 2018 GP3 team-mate and title rival Anthoine Hubert tragically died at the circuit.

“Winning at Spa, winning for a friend of mine that I used to be competing against on this track, it felt special to me and I have felt robbed of that win. It takes time to settle it in but nevertheless it is what it is.”