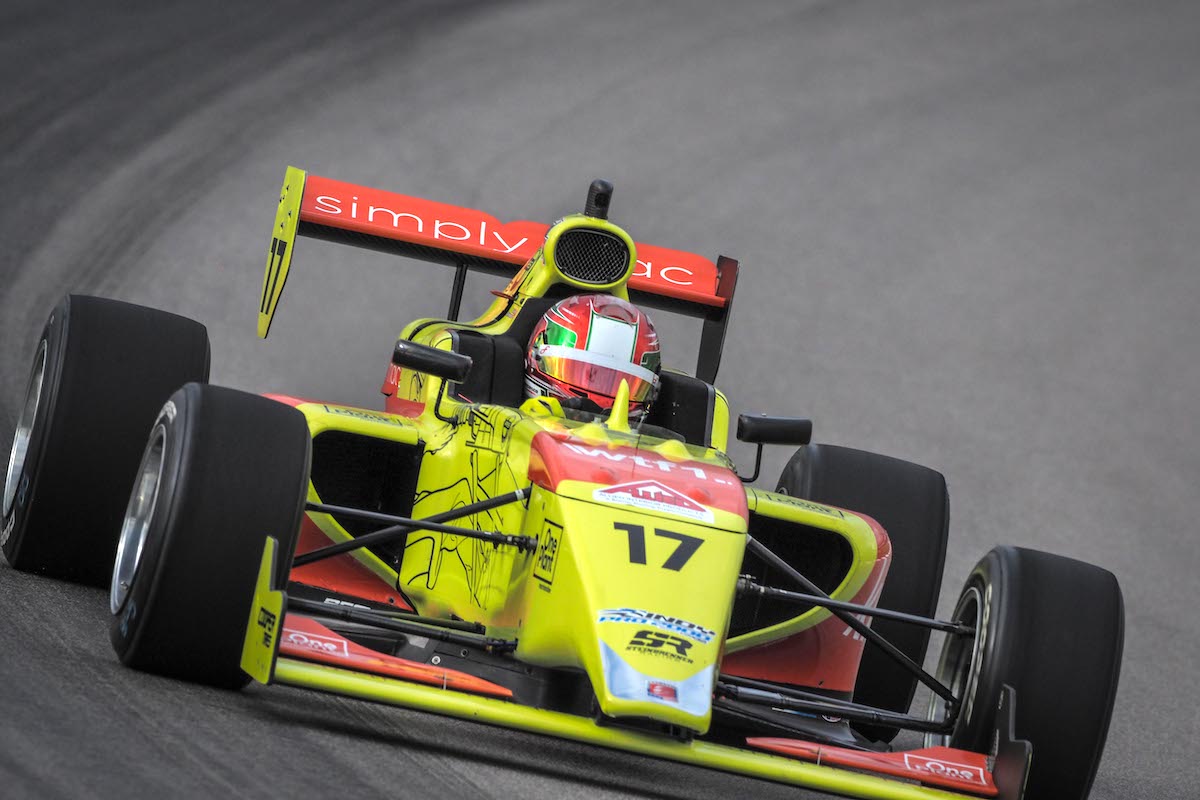 Andretti Steinbrenner Racing’s Devlin DeFrancesco led every lap from pole at the Gateway oval to secure his first victory in Indy Pro 2000 and on the Road to Indy.

Championship leader DeFrancesco was under pressure throughout from Juncos Racing’s Artem Petrov in the 55-lap race.

The biggest battle on the track was between Petrov’s team-mate Sting Ray Robb and Exclusive Autosport’s Braden Eves – who looked to have the fastest car – over third.

The pair traded places several times, but the high line proved to be effective and they were able to run side-by-side regularly.

It took Eves until lap 50 to get past Robb, and he got past Petrov – who was closing on DeFrancesco late on – on the exit of the final corner to secure second.

Petrov was third, less than a tenth behind, ahead of Robb.

Turn 3 Motorsport’s Danial Frost started fourth but was displaced by Eves early on. He finished a distant fifth, ahead of DEForce Racing duo Parker Thompson and Manuel Sulaiman.

DEForce’s Moises de la Vara was the only retiree in the race which went without a caution period, retiring after 18 laps with a mechanical issue.

After taking a sensational win on his debut, Legacy Autosport’s Kody Swanson finished his second IP2000 race a lap down in 12th.