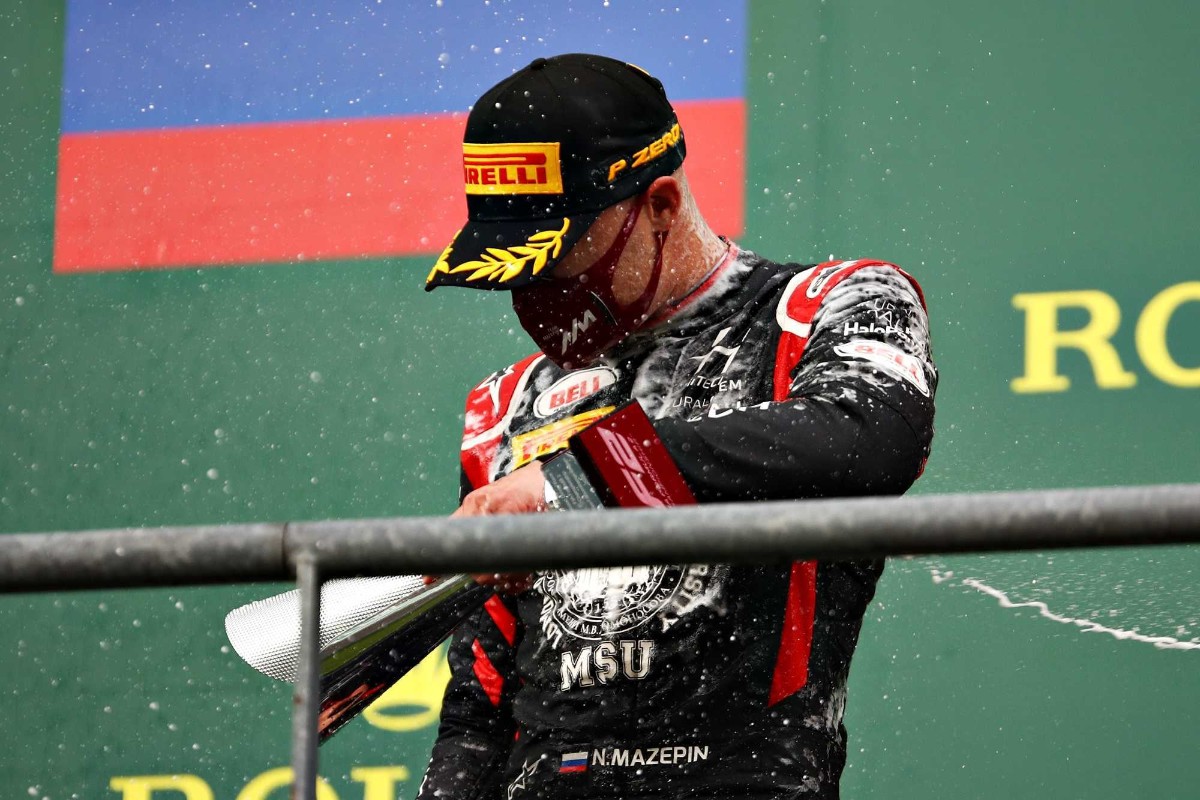 Nikita Mazepin has blamed cold brakes for his collision with the second place finisher marker board in parc ferme, following a penalty that took away an on-track Formula 2 win.

The Russian finished first on the road in the Spa-Francorchamps feature race, but was then handed a five-second penalty for his defence against Red Bull Honda junior Yuki Tsunoda into Les Combes late in the race, which he felt robbed him of a “special” win.

Mazepin is under investigation for two further incidents, the second of which occurred after the race when the Hitech GP driver slammed into the P2 marker board and sent it flying towards race winner Tsunoda who was out of his Carlin-run car.

“We are usually very low, or we try to be, very low on fuel, so after every race, you try and save as much as you can,” Mazepin explained to Formula Scout.

“I was going very slow, unlike Yuki who drove faster than me [back to parc ferme], and when I came to brake – because the carbon brakes weren’t hot enough – I didn’t have anything under me to brake, and also I was on the radio about something, but that’s all I can say about it.”

Tsunoda’s rush to the pits meant he got the communication to park in the winner’s spot, which Mazepin claims he was not aware of until he also arrived.

Mazepin said accidentally striking the boards is a “usual thing to do in racing”, pointing to occurrences of it in Formula 1, and explained how he wasn’t aware that he’d lost his second F2 win of the season until after hitting the board.

It marks the second successive weekend where Mazepin has been demoted spots following the conclusion of the race, after receiving a five-second penalty in the Barcelona feature race that dropped him from third place to 13th position for failing to follow the correct rejoin procedure at Turn 1.

He’s currently fifth in the standings, and would have been level with Prema’s Robert Shwartzman in second place without the 23 points lost through penalties across the last two feature races.