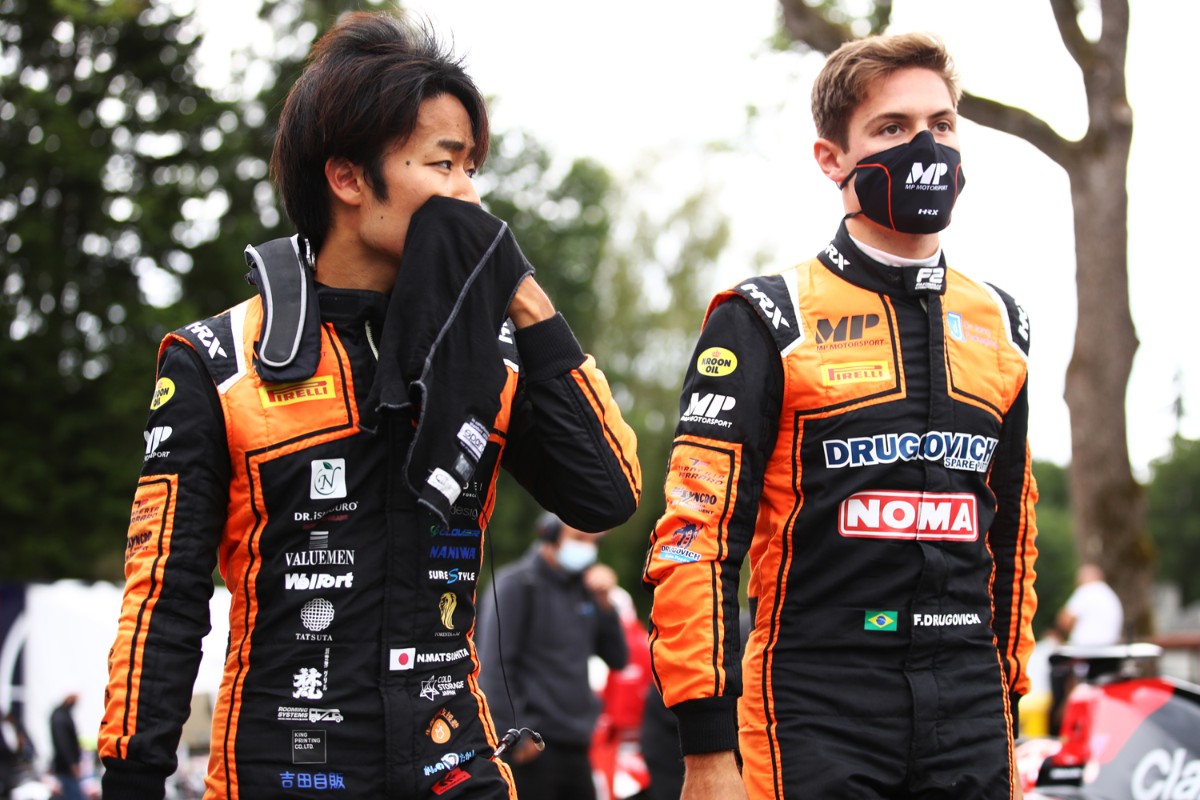 MP Motorsport pair Nobuharu Matsushita and Felipe Drugovich, as well as Hitech GP’s Nikita Mazepin, are among those penalised following the Formula 2 feature race at Spa-Francorchamps.

The experienced Matsushita crashed heavily with rookie team-mate Drugovich at high speed at Blanchimont early on in Saturday’s race, which ruined both of their day’s running.

Matushita was found to have pulled across the nose of Drugovich’s car, which damaged his team-mate’s front wing. He has been given a three-place grid drop for Sunday’s sprint race.

Drugovich, who was classified in 20th, has been disqualified from the race and will also start from the back on Sunday. This was for making his mandatory pitstop on the final lap, which is a breach of article 37.6 in the sporting regulations.

“Misjudgement from my side today, I’d like to apologise to Felipe and team,” said Matsushita. “I thought my car was already front of him at that moment before turn in, but as you can see my right rear and his front wing touched.

“We both could have strong race but ended bad way. But I’d like to say this that I never force out someone on purpose and I will make sure that this mistake will not happen again.”

Mazepin has been given a suspended five-place grid drop for “potentially dangerous and unsportsmanlike conduct.” The stewards decided that he approached parc ferme beyond a safe speed, which Mazepin blamed on cold brakes, before making contact with the second-place marker board and sending it into the path of Carlin’s Yuki Tsunoda.

This followed the news of a five-second time penalty, which cost him victory after finishing first on-track, after a battle in the final stages of the race that led to Tsunoda going off track. The Russian felt it ‘robbed’ him of a ‘special’ win.

Mazepin was also under investigation for an unsafe pit release involving pit equipment and Hitech has been handed a reprimand as a result.

In addition, ART Grand Prix’s Marcus Armstrong was deemed to have overtaken Campos’s Jack Aitken off-track on the final lap. He has dropped from 13th to 15th and will start from there for Sunday’s print race.