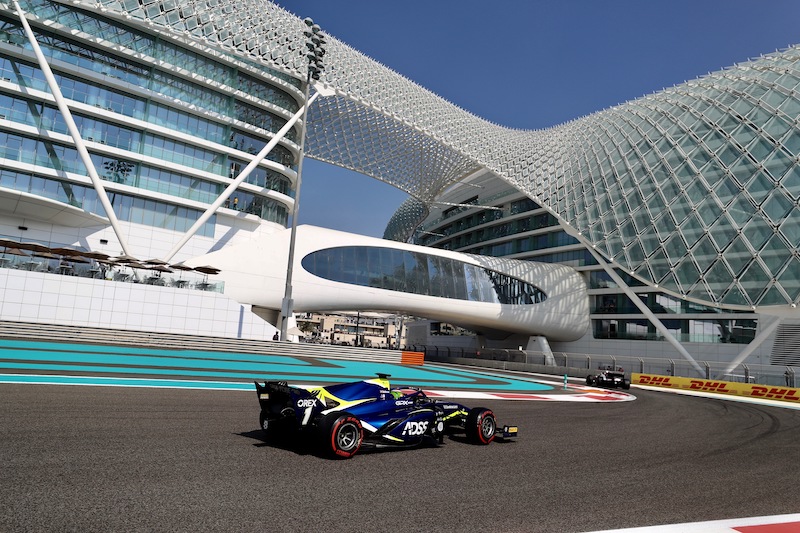 The line-up for the first day of post-season Formula 2 testing in Abu Dhabi has been confirmed, with Carlin to run Nikita Mazepin alongside debutant Yuki Tsunoda.

Prema, DAMS and HWA will run their confirmed 2020 line-ups, while Virtuosi pairs its new signing Callum Ilott with Guanyu Zhou, who has been fully expected to continue with the squad for a second season.

As it announced on Tuesday, ART will run its confirmed signing Marcus Armstrong alongside Christian Lundgaard, who is tipped to step up from Formula 3 with the team next year.

Mazepin raced for ART in his rookie season in 2019, placing 18th in the standings after he had been GP3 runner-up with the outfit last year.

Although he will test for Carlin, Mazepin has also been linked to a rumoured new entry from his old F3 team Hitech.

Tsunoda, backed by Red Bull and Honda, enjoyed an impressive first season in Europe in 2019, finishing ninth in FIA F3 and fourth in a partial Euroformula Open campaign.

Louis Deletraz, who raced for Carlin this season, returns to his 2018 squad Charouz for the test, where he is joined by F3 race-winner Pedro Piquet. The Czech squad is set to drop the Sauber Junior Team name it ran this season.

Another stepping up from FIA F3 is Felipe Drugovich, who will test for MP Motorsport together with the team’s 2019 driver Mahaveer Raghunathan, who escaped his second ban of the season in last weekend’s final round.

Veteran Luca Ghiotto, who is set to leave F2 to race GT cars next season, will return tomorrow to Trident, the team with which he was GP3 runner-up in 2015 and a GP2 race-winner in 2016.

Also testing for Trident will be Euroformula Open champion Marino Sato, who contested the final four rounds of this season with Campos.