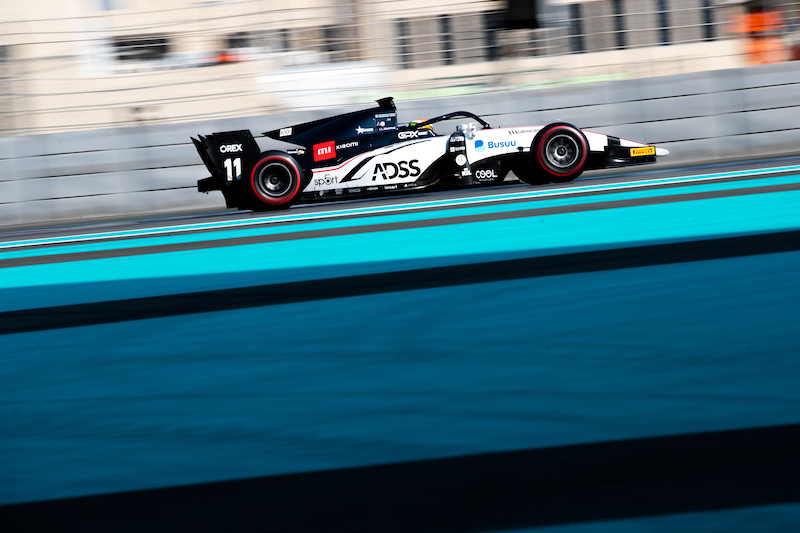 Deletraz, returning to the team he raced for in 2018, had been second quickest in the morning session, 0.011 seconds behind Prema driver Mick Schumacher’s time of 1m50.947s.

Christian Lundgaard led ART Grand Prix team-mate Armstrong for much of the afternoon session after an early effort, only for Armstrong to move ahead prior to a late red flag caused by Mahaveer Raghunathan.

Schumacher almost matched his morning benchmark in the afternoon and finished the day in fourth place.

Testing for Carlin, Nikita Mazepin was third quickest in the morning and fifth overall ahead of Virtuosi’s Guanyu Zhou and new DAMS signing Sean Gelael.

In the afternoon, Markelov was fifth fastest ahead of Charouz debutant Pedro Piquet, while Ticktum and Gelael were seventh and eighth.

FIA Formula 3 champion Robert Shwartzman was 11th in the morning for Prema (as fastest debutant) and then ninth in the afternoon, in front of HWA recruit Alesi.

There was a change to the line-up for the afternoon after Roy Nissany – fresh from testing Formula 1 machinery with Williams on Wednesday – returned to the category in place of Marino Sato at Trident.

Both drivers will have their own car to use on Friday, while Ralph Boschung will return to MP Motorsport in place of Raghunathan.