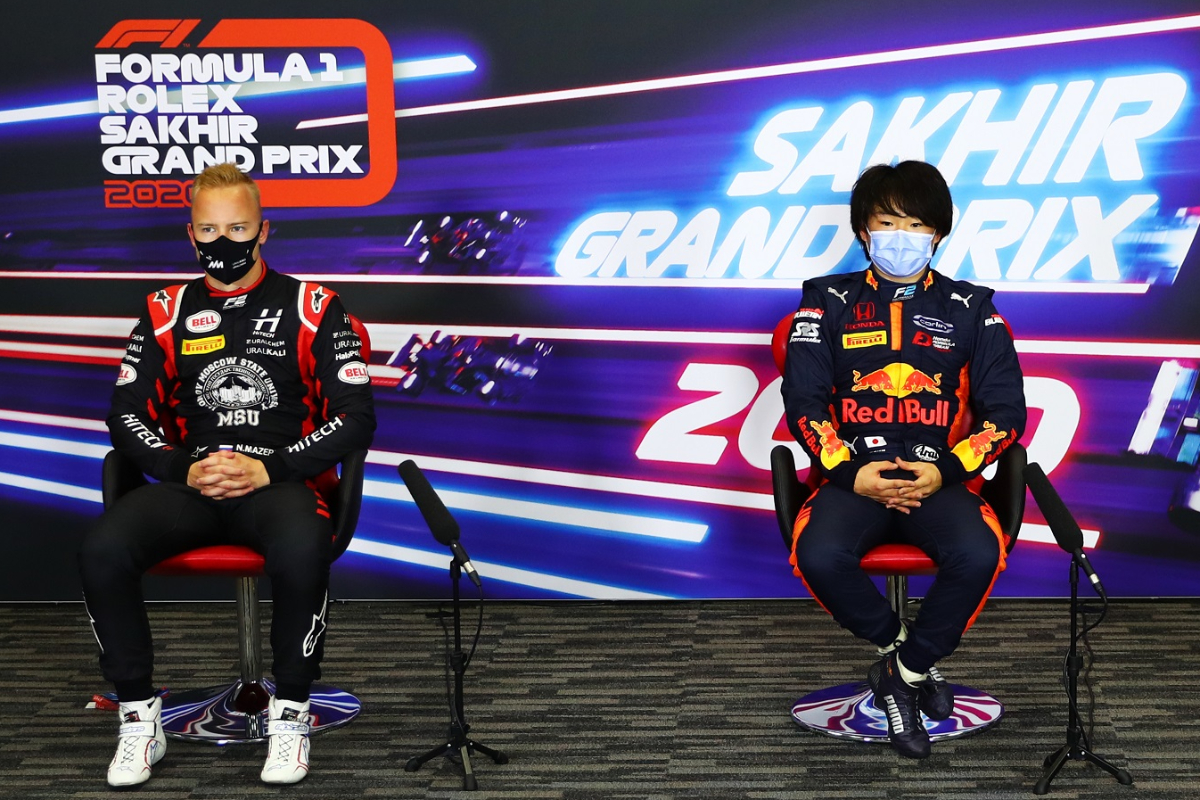 Only one of Nikita Mazepin and Yuki Tsunoda can remain in Formula 2 title contention after Saturday’s feature race, each requiring victory to do so, but neither are ruling themselves out.

Both need victory and points for fastest lap in the feature race, and with championship leader Mick Schumacher scoring nothing and Callum Ilott finishing off the podium, to extend their chances to the season-ending sprint race.

If that occurs, then the feature race victor would have to also get the maximum score in the sprint race while Schumacher once again scores nothing and Ilott finishes second or lower (depending on his feature race result) to win the title.

But it’s Tsunoda and Mazepin who fill the feature race front row, with Ilott qualifying ninth and Schumacher down in 18th.

“I think you know me reasonably well by now that there is no way that I am going to be writing the chances off for myself before the mathematical chances are out, that’s for sure,” Hitech GP’s Mazepin said in the post-qualifying press conference.

“To be honest, I don’t want to sound like I’m the wrong man for the job, but I’m not really thinking about the title.”

He later added: “I’m going to be believing in it until the mathematical chances run out. I hope they don’t, and the belief has been there and will be there.”

Poleman Tsunoda, like Mazepin, was more focused on beating his rival in the race ahead rather than the title picture.

“I don’t think [Ilott and Schumacher qualifying poorly] makes any difference for me,” said the Carlin driver.

“I’m really happy for the pole, but still the gap to P1 in the points is quite big. So, I just push to the end, I don’t think much about P1 [in the championship], I just drive as fast as possible and drive for the team.”

Tsunoda topped free practice before qualifying, and said “it’s a really big thing” to take pole in what Formula Scout understands is his final F2 appearance for the time being.

The pair were also asked about their victory battle at Spa-Francorchamps earlier this year, where Tsunoda claimed the win after Mazepin was penalised for his defence of the race lead, and how they intend to avoid a repeat of their ‘clash’.

“Well I think two things, first there was not a crash, so I would like to correct that. There hasn’t been contact. and second I’d like to hope Yuki doesn’t cry on the radio like he did last time,” Mazepin responded.

Tsunoda replied laughing, saying: “Well, I think we had a tiny bit of contact but we didn’t have a big crash. I won’t change any style, driving style and overtaking style. I will learn from that, but I don’t change my style, so I think if I drive as fast as possible and make a gap I don’t think he will overtake me so I will just drive fast.”