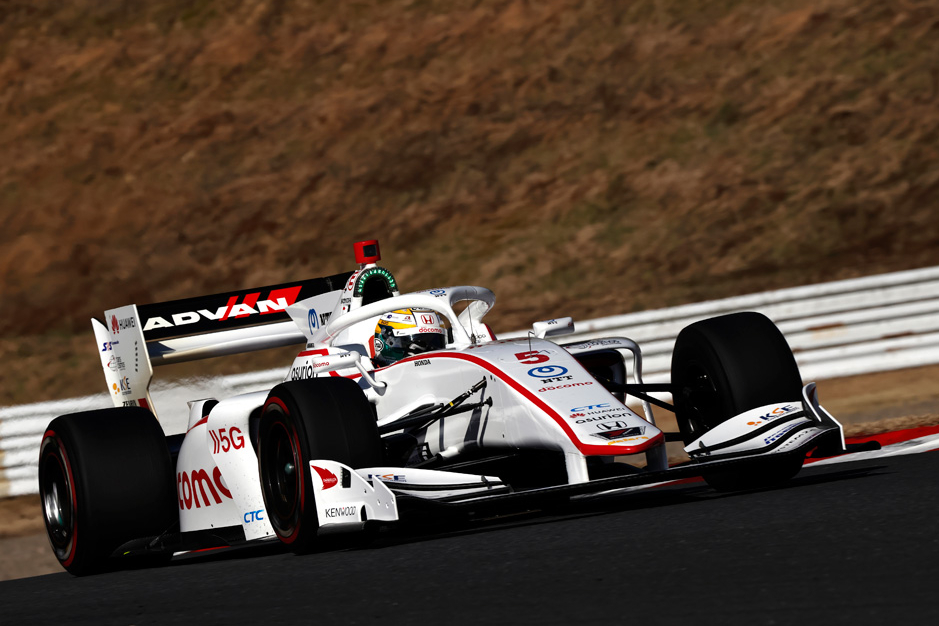 The 1m34.533s lap time set by the two-time SF champion Yamamoto was over a second faster than Alex Palou’s pole lap at Suzuka in 2019.

Yamamoto was the first driver to go under 1m35s with his first flying lap in Q3. Team Mugen’s Tomoki Nojiri went above him at the chequered flag, but Yamamoto soon crossed the line to improve further and take pole for the first race of a double-header.

The result gives both drivers a great opportunity in the championship, as current points leader Hirakawa failed to leave the pits in his qualifying group after Team Impul found an issue with his car. Defending champion Cassidy, who is second in the standings for TOM’S, failed to get out of Q2 in 11th place.

Yamamoto’s Dandelion Racing team-mate Nirei Fukuzumi will start the race just behind him on the second row of the grid, alongside Cassidy’s teeam-mate Kazuki Nakajima.

Tadasuke Makino was the last driver to set a lap time under 1m35s and the Nakajima Racing driver will start in fifth. Kamui Kobayashi – who won the World Endurance Championship last month – qualified in sixth on his series return with KCMG.

Makino’s team-mate Toshiki Oyu was seventh fastest, while Ukyo Sasahara made it two Mugen cars in Q3 in eighth.

The top 10 for the start of today’s race was rounded out by Yuji Kunimoto (KCMG) and Yuhi Sekiguchi (Team Impul).

Kondo Racing duo Kenta Yamashita and Sacha Fenestraz both failed to get out of their groups and into Q2, while Okayama winner Sho Tsuboi only managed to qualify 13th.