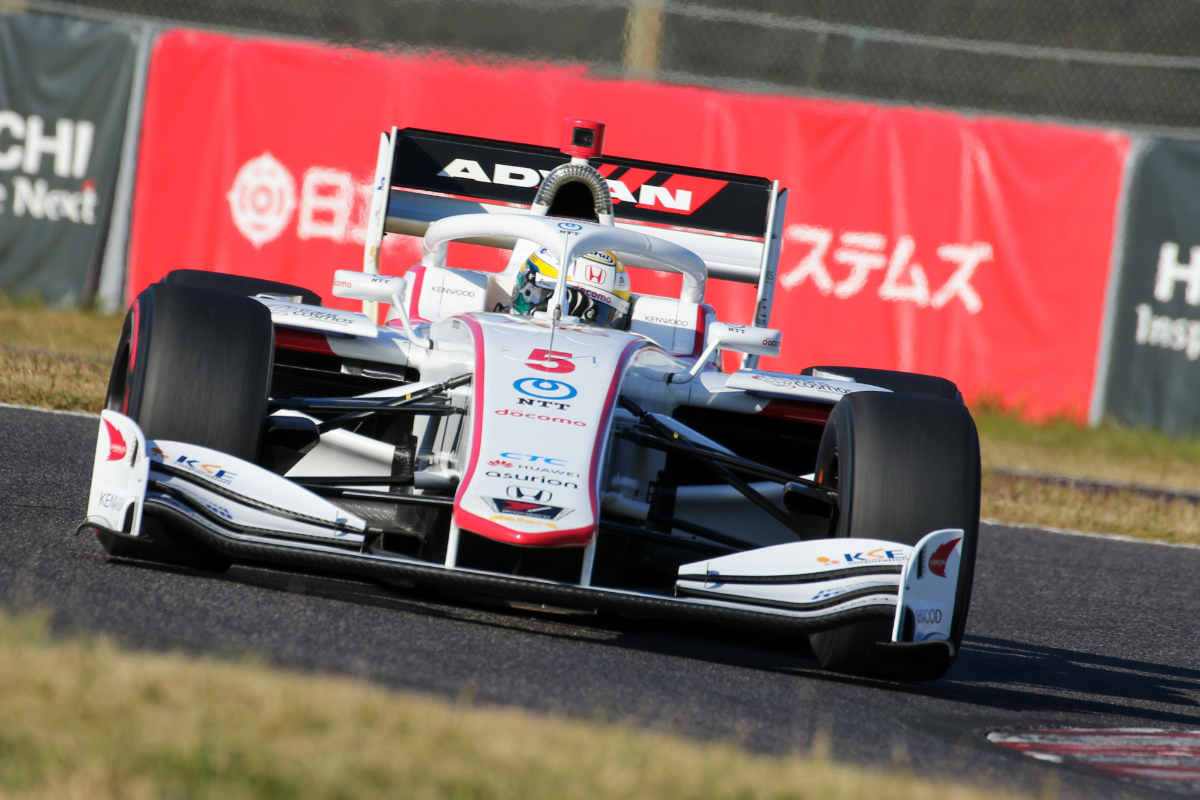 Dandelion Racing driver Yamamoto picked up his first win of the season, keeping hold of the race lead for the duration.

There were four formation laps before the race got underway due to cars stopping on track, and Yamamoto was able to get a clean getaway to lead going into the first turn.

He stayed in control after the first safety car period on the opening lap – caused by Tadasuke Makino going off into the barriers as the S Curves – and was one of the later cars to enter the pits.

The two-time champion kept the lead when the safety car was deployed agan after B-MAX Racing with Motopark’s Nobuharu Matsushita crashed on lap 19 of 28, shortly after he took his compulsory pitstop.

The race resumed on lap 22, however two laps later Hirakawa and Team Mugen’s Ukyo Sasahara went into the barriers after they went four-wide down the pit straight with KCMG’s Kamui Kobayashi and INGING’s Sho Tsuboi.

Yamamoto led a restart again on lap 26 and kept a relatively comfortable gap to the cars behind on his way to the win.

The result propels Yamamoto into the championship lead ahead of Hirakawa and Nick Cassidy.

Kazuki Nakajima finished in second place for TOM’S, as KCMG’s Yuji Kunimoto completed the podium in third having started the race from ninth position.

Despite being involved in the accident that caused the final safety car, Kobayashi got off lightly with car damage and was able to keep fourth place ahead of Nakajima’s team-mate Cassidy.

Hiroaki Ishiura claimed sixth for INGING having started back in 14th, making ground from retirements for drivers ahead.

Tomoki Nojiri ended his race in seventh having qualified on the front row, however he started the race from the back of the grid after his car had to be rescued on the way to the grid. He finished just ahead of Nakajima Racing rookie Toshiki Oyu.

The Kondo Racing duo of Kenta Yamashita and Sacha Fenestraz rounded out the top 10. The result is Fenestraz’s first finish in Super Formula since the season opener, securing 10th by passing Charles Milesi in the final few laps.