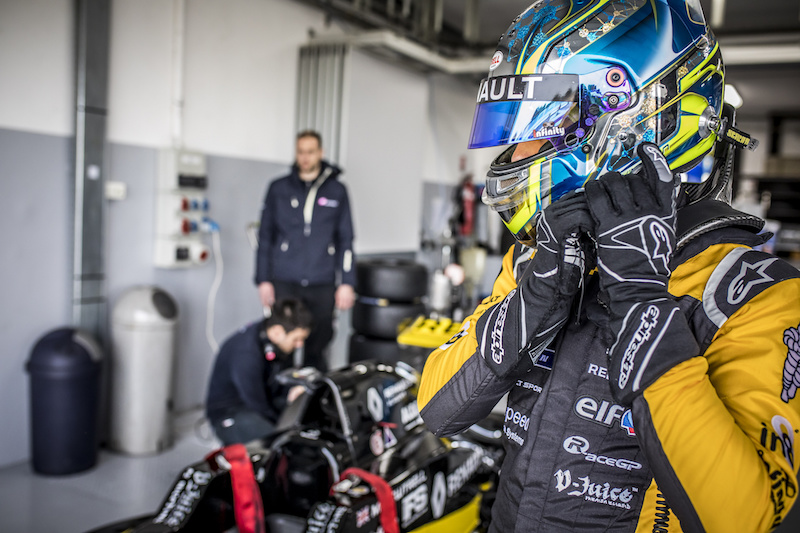 It means Fewtrell will start from pole position in Sunday morning’s second race of the weekend, with the grid for Saturday afternoon’s season opener to be set by the second qualifying session that takes place just a few hours earlier.

The 2017 rookie champion Fewtrell set the quickest time despite running in the first of the two groups, gradually improving to a 2m02.531s.

He was 0.662 seconds faster than the next best driver in the first group, his R-ace GP team-mate Victor Martins, while practice pace-setter Christian Lundgaard made it a 1-2-3 in the group for Renault Sport Academy proteges.

In group two, Ye lowered his time to a 2m02.594s, but had to settle for second on the grid after failing to improve on his final effort.

Logan Sargeant came second in group two to take fourth on the grid and make it three R-ace GP drivers in the top four.

The American’s former British Formula 4 rival Oscar Piastri will line up sixth on the grid, just ahead of fellow Australians Alex Peroni and Thomas Maxwell.

Richard Verschoor and Max Defourny, two of the pre-season title favourites, could only manage a place on row five of the grid.

Red Bull Junior Neil Verhagen, who dominated testing at the same circuit last November before struggling in pre-season, will start down in 16th place after coming eighth of the 14 drivers in group two.