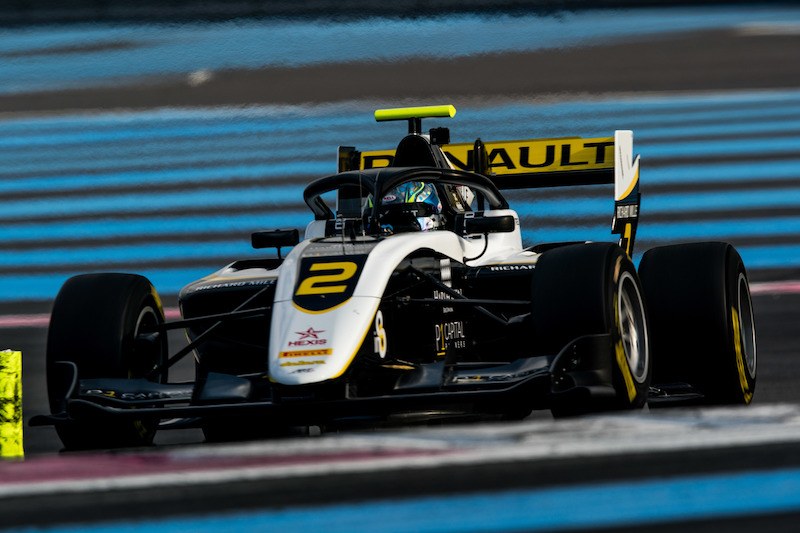 It was somehow a surprise when the Formula Renault Eurocup title favourite ultimately sealed the championship in the final race at Barcelona. This was despite a season in which he became the first driver to win three races in a row since 2014, was picked as a Autosport BRDC Award finalist and frequently outclassed three highly rated team-mates.

Max Fewtrell?s challenge last year went further than that, as two of his competitors were rival members of the Renault Sport Academy, and another was part of the same management stable as the 19-year-old Briton. He wasn?t just being measured against the other drivers on the grid, but was having his data pulled up against every member of those programmes who?d previously driven in the series. If his opposition wasn?t testing him, then his predecessors were.

Fewtrell handled the challenge admirably, taking both poles for the Paul Ricard season opener and leaving as championship leader. With qualifying split into two groups, Fewtrell?s ability to set session-topping times despite running when the track was slower was admirable, and was scarcely repeated by anyone else.

A fluffed start prevented it from being a double win, but Fewtrell had ?found something? in himself, and credited his continued success to the hard work of his team, having driven for Tech 1 Racing in 2017.

An unexpected challenge came from rookie and SMP Formula 4 champion Christian Lundgaard, who found himself at MP Motorsport. The Dane headed Fewtrell in the standings in the middle of the season as the latter encountered gearbox issues, a Monaco crash and some disadvantageous weather in qualifying.

Lundgaard wasn?t always the quickest, but was so frequently mistake free that his race performances always looked brilliant. His own share of bad luck though, including two retirements in the penultimate round at Hockenheim, meant Fewtrell went to Barcelona with one hand on the title. 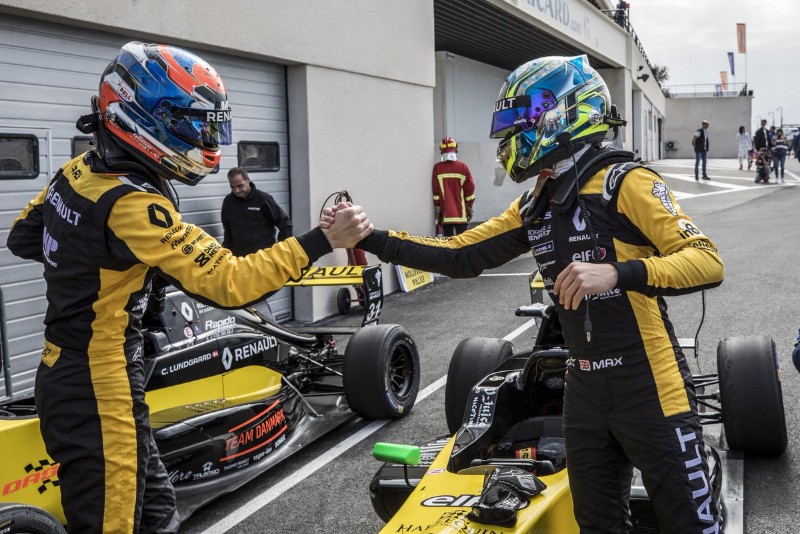 A victory in the first race narrowed the gap, but the Dane?s relentless efforts weren?t enough to topple the relaxed Fewtrell, whose casual demeanour in the paddock was belying the amount of pressure he was under.

?That weekend I knew I just had to get some solid points,? Fewtrell told Formula Scout.

?I didn?t really put up much of a fight, I didn?t think that was a smart move. So I just let him go and watched [Lundgaard and Victor Martins] have a little battle for 30 minutes and chilled out. Not too much, but I did relax quite a bit.?

If anything should be proof why Fewtrell?s title wasn?t a surprise, it was probably that.

In his short car racing career so far, he’s shown a canny ability to get the job done, whether it was his consistent run to the British Formula 4 title in 2016, his important Eurocup rookie crown a year later, or taking the overall prize under great pressure.

Now though, Fewtrell has an altogether bigger challenge facing him in the new FIA Formula 3 Championship.

GP3 star David Beckmann, Lundgaard and Fewtrell have been placed together at ART Grand Prix, and are expected to be among the title favourites with one of junior single-seaters’ top teams.

“[It’s a] vital season for me. Especially being with ART. I?m in the right team and I?ve got to really prove myself this year. It can either go one way or another I think. There?s a lot of pressure, but it?s good for me and motivates me to perform well.

“The way the two championships have merged, all the top guys of my age are going to be in this championship, so whoever wins this is going to be really big stock on the market to be fair and it?s going to really help our careers.” 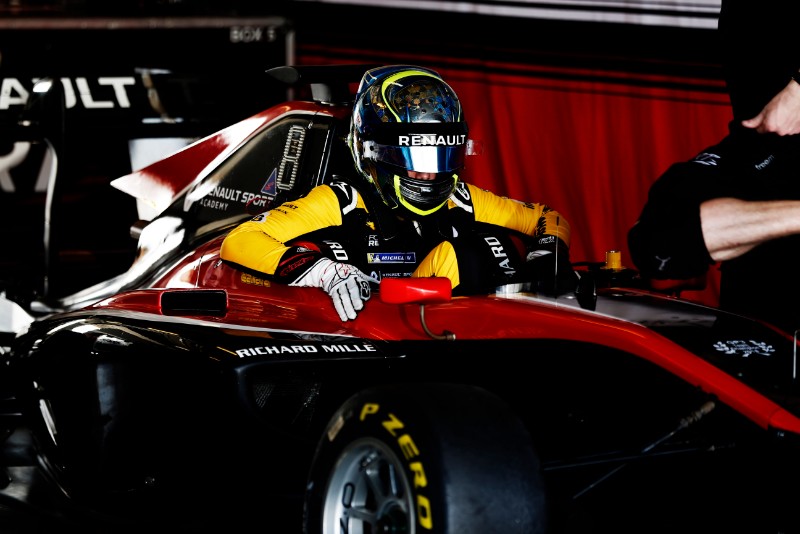 Renault obviously expects its men to win, preferably the title rather than just the occasional race, but if ART fails to immediately get a handle on the all-new car then Fewtrell – speaking prior to the opening pre-season tests – hints that Renault may be willing to change its stance.

“If we go in on the back foot and we need to set some more realistic targets, I?m sure we can adapt to that and make do,” says Fewtrell.

Winning the title would secure the points needed for the superlicence to race in Formula 1, the “light at the end of the tunnel” that Fewtrell does think about, but never as a distraction.

“I don?t think of [an F1 drive] throughout the year. I might think of it when I?m sat at home, a bit bored.

“It?s a great feeling, and it really does keep me motivated in the gym. Just to think there is a seat, there is a opportunity, that?s why I?m here; because [Renault] believe in me. It?s a distant thought. I don?t focus on it, just on the job in hand.

“I?m not looking at any F1 stuff at the moment. I think it?s too far of a big jump to start thinking: I need to be preparing for FP1s. I really just need to focus on the first race in F3 and do a good job there before asking for a F1 drive.” 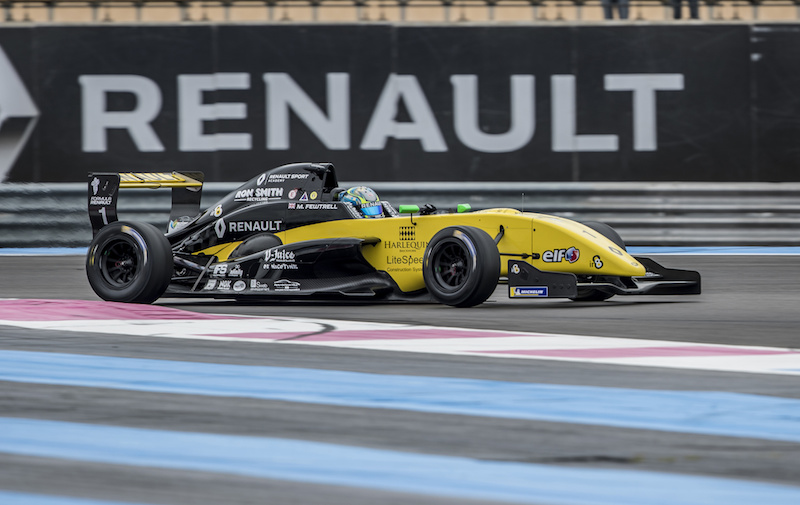 Fellow Renault junior Guanyu Zhou, racing in Formula 2, will split his time between his race programme and working alongside the F1 team at the circuit or by doing simulator work. Fewtrell may get a small share of simulator time too on F1 race weekends – although not guaranteed – and his weekly training sessions at Enstone means he’ll grow closer to the F1 team.

He also regularly travels to Paris, home to the simulator used by ART and Fewtrell’s old FR2.0 team R-ace GP, and the combination of the two means Fewtrell turns up to race weekends “very prepared”. Renault’s support also means cost isn’t an issue, a problem that did crop up earlier in his career.

“Without Renault, I definitely wouldn’t have been in the position I’m in today.

“Halfway through British F4, [it was] you need to win this or you probably won?t continue racing. That was a really big moment in my career where I really had to sit back and go: this is my last chance.

“Then we got through that, won the F4, Renault came onboard and took me from there.”

Bar his first Eurocup season with Tech 1 Racing, where he won the rookie title, Fewtrell has been in arguably the best team in each of his seasons racing.

“ART?s track record is impressive enough for me to have a lot of confidence in the team. I think they?ll definitely be up there straight away. 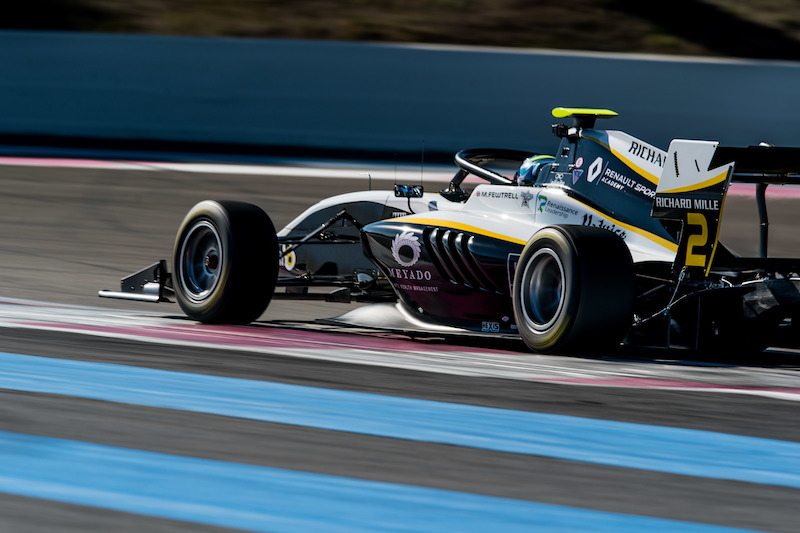 “I kind of understand how ART works. There?s never really one number one guy, everyone works very openly together, which is great. I think I just need to work with my engineer and team to be as fast as I can possibly be rather than focusing on getting the number one spot.”

Despite his track record and healthy trophy cabinet, Fewtrell does have one fact on his side if he fails to factor in to the title fight. He is one of seven drivers in the 30 car field that has one or less weekends of F3-level experience. There are four F3 champions and two title runner-ups signed up for the season, some of whom will be entering their fifth season in the third tier.

Fewtrell does not seem flustered by this fact though.

“They?ve obviously driven cars with much more downforce and power than me, and that puts me on the back foot. But I?m not too worried, I?ve got six test days before the first practice session, so I think I?ll be able to get my head around it by then. I believe in myself and the team that we can be on the pace straight away.

“There?s a few training camps before the season [too]. It?s a lot heavier steering [than FR2.0], the g forces are higher, so all of aspects of fitness have been raised.”

Fewtrell appears to have what’s needed to succeed at the next level, but he’ll have 29 other drivers also claiming the same. 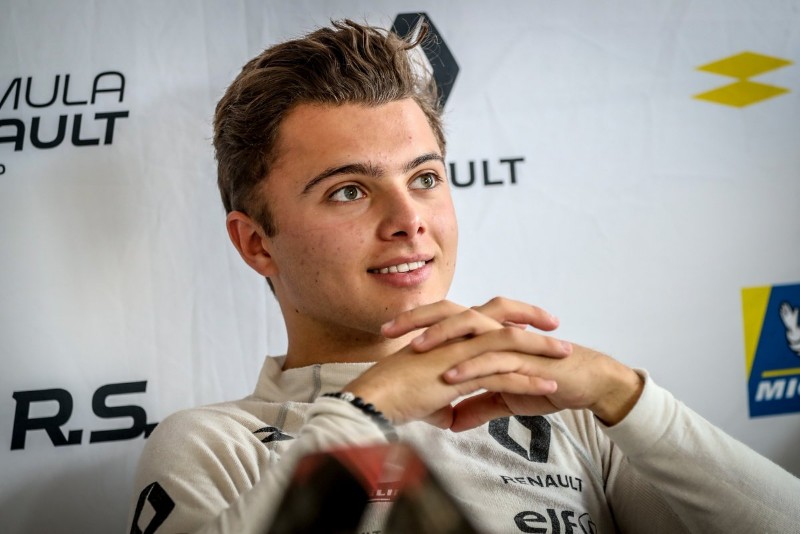