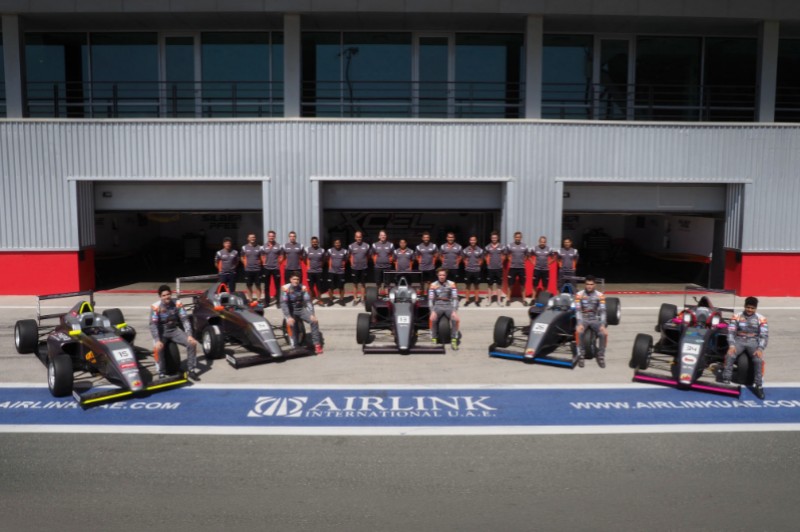 The team won once during the inaugural 2016-17 season, but was far more competitive the next year and came a close second in the teams’ standings. It dominated the most recent 2019 season, winning both titles and filling three of the top four places in the standings.

?We wanted to race in Europe last year but this extra year of racing in F4UAE has proven to be very successful and definitely the extra experience we needed in running a larger operation before going to Europe,? said team manager Paul Hardy.

It will field three cars in Spanish F4, with Omani teenager and F4 UAE race-winner Shihal Al Habsi the first to sign up with the team.

?It?s the right time for us now to go over, and the Spanish F4 championship is a good introduction for us to get into the European market. Shihab has done a great job racing with us in F4 UAE and to have him part of our team in Spain will be great in giving him continuity with his support team and engineers too.

“It?s all of those smaller things that are really important to these young racers and hopefully it will be a good year for us.”

Xcel also has a karting team which already operates in Europe as well as the UAE, and ran Young Racing Driver Academy member Alex Connor, who will race in British F4 with Arden this year.

“We?re well aware of how competitive it is over there [in Europe], and we?ve had three solid years of F4 UAE that will hopefully be great preparation for us.

“Even though that?s only a short amount of time compared to some teams in Italy and Germany, the Spanish championship suits where we are and hopefully we can help bring rookies back to the UAE next season before moving up through other F4 championships.?

Xcel is the fifth team signed up to Spanish F4, alongside the Fernando Alonso-supported Drivex, F2 team MP Motorsport, and the circuit-based Praga and Global Racing Service teams.

In the Italian F4 championship, Cram Motorsport has completed its three car line-up with Francesco Simonazzi. The Italian will only contest three rounds of the season as he continues to race in karts, ahead of a full attack on the championship in 2020.