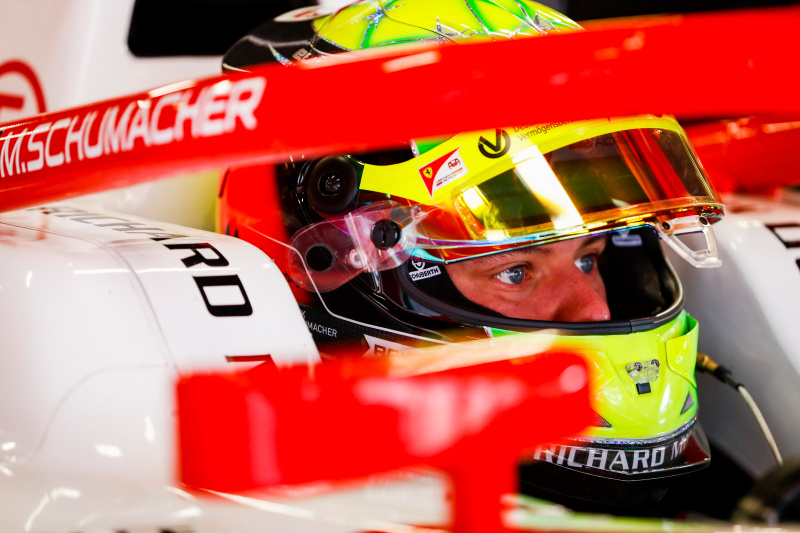 Schumacher, who is stepping up to F2 with Prema after winning last year’s European? F3 title, will drive for Ferrari on the first day of the two-day in-season test in Bahrain next Tuesday.

He will then move over to the Alfa Romeo team for the second day on Wednesday.

Ilott will test for Alfa Romeo in the Barcelona test in May.

The Briton has graduated from GP3 to F2 this year with the Sauber Junior Team run by Charouz.

“We are firm believers in the value of the Ferrari Driver Academy, as a high level training programme for talented youngsters and the decision to give Charles Leclerc a race seat with our team is proof of that,” said Ferrari team principal Mattia Binotto.

“We are therefore very pleased to be able to give Mick and Callum the opportunity to experience driving a Formula 1 car.

“Mick, who joined the FDA in January, and Callum, who has been with us since 2017, are definitely drivers on their way up and I believe that driving the SF90 in an official setting such as the tests in Bahrain and Barcelona can be very useful at this stage in their career.”

Schumacher said he would not focus on his maiden F1 test until his debut F2 weekend in Bahrain is complete.

?I am obviously more than excited and would like to thank Ferrari for giving me this opportunity,” he said.

“I am really looking forward to what I?m sure will be a great experience.

“But for the moment, I am consciously putting all thoughts of the test to one side, because I am also very much looking forward to competing in my first F2 race and would like to focus a hundred percent on the weekend to come.?