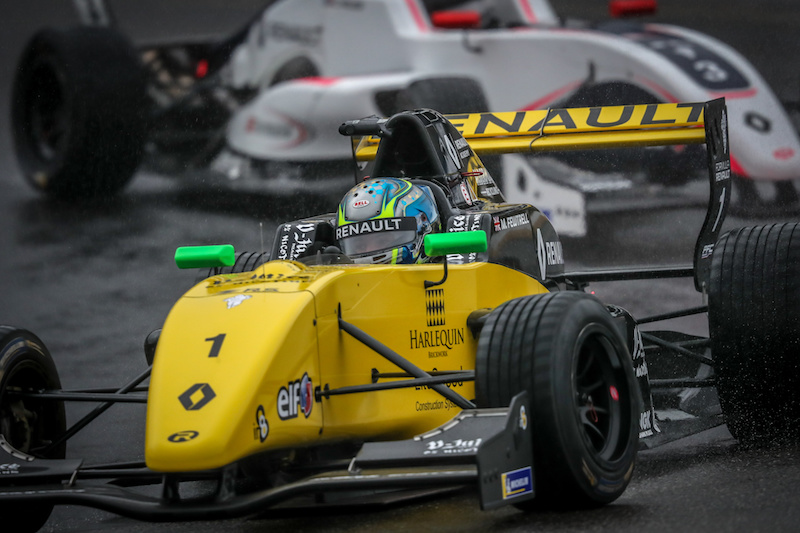 Max Fewtrell topped the final day of Formula Renault Eurocup pre-season testing at the Nurburgring ahead of next weekend?s opening races at Paul Ricard.

As on the first day at the German circuit, the running was affected by rain, but conditions gradually improved during the four sessions with Renault junior Fewtrell posting the day’s best of 1m54.93s in the last.

That was 0.149 seconds ahead of his R-ace GP team-mate Logan Sargeant.

Two Josef Kaufmann Racing drivers – Yifei Ye and Richard Verschoor – were next in front of two MP Motorsport drivers in the form of day one pace-setter Christian Lundgaard and Max Defourny.

R-ace GP got all four of their drivers into the top 10, with Charles Milesi seventh and Victor Martins in 10th, separated by fellow rookies Lorenzo Colombo (JD Motorsport) and Oscar Piastri (Arden Motorsport).

In a continuation of the wet-weather form from Wednesday, Lundgaard was fastest just ahead of his former Formula 4 rival Alexander Smolyar in the opening session in the worst of the conditions, setting a time of 2m19.973s.