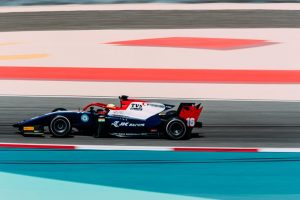 Expected title challengers Jack Aitken, Nicholas Latifi and Nyck de Vries could only manage 11th, 12th and 13th, although all were less than eight tenths off the pace.