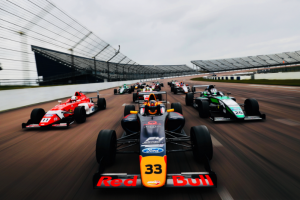 British Formula 4 will likely be saying “quality over quantity” on occasion this year, as grid sizes continue to hover under the 20 car mark. The thing is, small grids are already marking themselves out as one of the wider stories of 2018, and British F4 really has put together a quality grid for its fifth season as an FIA championship.

Leading the field in star quality, although not necessarily in the standings come the end of the year, is Red Bull Junior Team duo Dennis Hauger and Jack Dooham, both new to racing.

There are several top Ginetta Junior graduates, including 2017’s runner-up Seb Priaulx and top rookie Kiern Jewiss, and returnees who will be even faster going into their second or third seasons.

It’s the absentees who have been getting the headlines so far though, with Carlin, the team which has won every title since 2015, withdrawing from the championship to concentrate on their new and exciting IndyCar programme.

Many of the top drivers from last year have also failed to return, including Lebanese star Karl Massaad and race-winner Oliver York.

Taking away the top team arguably should make the championship more competitive, and attractive, but it is to be seen how Carlin’s departure will truly affect the championship. 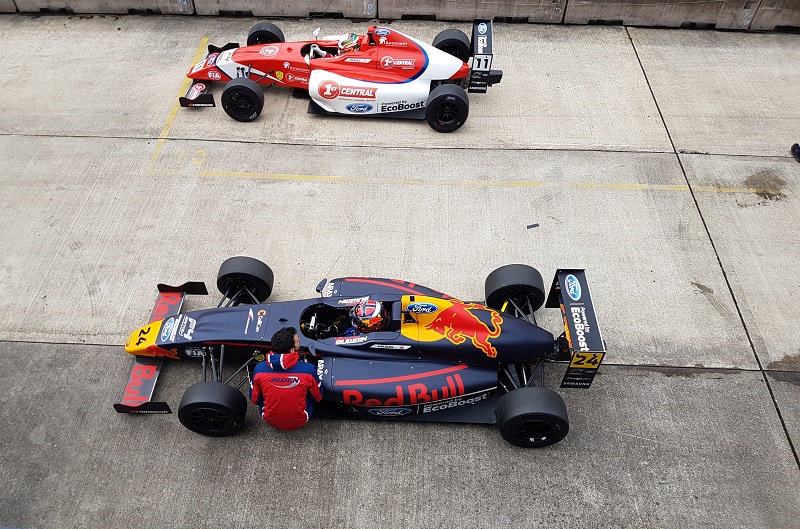 Favourites to take Carlin’s spot as the teams’ champion, Arden have the most exciting line-up for this season.

Switching across from Carlin, and the only of the team’s four drivers with single-seater experience,?Patrik Pasma?is actually probably the greatest unknown.

He only stood on the podium four times during his time at Carlin, but is improving, and although he wasn’t on top during testing, had enough issues that meant he didn’t have as much track time as he should have had. He’ll definitely be on the podium again, it’s just a case of how regular that will be.

The Finn has set himself the aim “to challenge for the title”, an ambitious one, but certainly not impossible.

The next most experienced of the Arden quartet is?Seb Priaulx, who has been racing in Ginetta Junior since late 2015. He missed out on last year’s title, not helped by having to change teams late in the season.

He’s been very quick in testing, and already knows the car inside out. He rates that he has a “good chance this year to win the championship”, and is already reaping the rewards of having fast team-mates to improve himself.

He’ll also have the experience of his father Andy to go off, who competed in British F3 before his touring car and GT successes.

The other two drivers in Arden’s garage are Red Bull juniors, both 15 years old and car racing rookies, and it says a lot that Helmut Marko has decided to put two of his proteges in British F4 in the same year in the same team, something he has never done before. 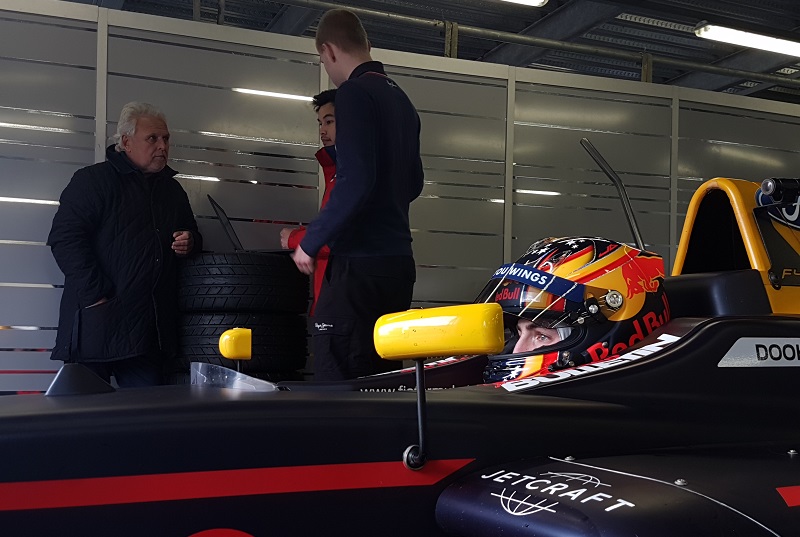 Dennis Hauger will likely be the team leader, having topped the times frequently during testing, and is setting himself up as one of the favourites for the title.

The Norwegian came seventh in the OK European karting championship last year, and was fourth at junior level the year before.

“It?s such a big step from karting to cars, so I’m just finding out the form of driving in cars, and the techniques and the small details in the tests now before the season,” he told Formula Scout during pre-season testing.

“The times are there, and the pace is there, so I think for sure we will fight for the title.”

Team-mate Jack Doohan is not as confident, and hasn’t been near the top in testing, but is also less experienced and still relatively new to the European scene.

Selected rounds in ADAC and Italian F4 with Prema should help reduce the gap in experience this year, and make sure he achieves the target of ‘perform or no drive’ set by Marko.

Doohan not only has motorcycling legend dad Mick at hand for help, but also the single-seater experience of grand prix winner and fellow Australian Mark Webber to go off.

Coupled with the facilities available at Arden, it shouldn’t be long before Doohan is up to pace and fighting for wins. 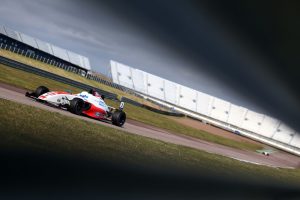 Fortec Motorsports will have three full-time drivers this year, and may well add a fourth before too long.

Leading their line-up is Jonathan Hoggard, who contested four rounds with the team last year.

In that time he took a podium, and after being one of the fastest in pre-season testing, looks odds on for wins and possibly the title.

Hoggard made the brave decision to put his education first last year, and uses his time in British F4 to gain experience in preparation for this year.

He’s still doing his A Levels, but the focus will be on his racing for 2018, which is required if he wants to win the title.

“It?s going to be a challenge. With a lot of hard work and focus though, I think we have a chance of beating everyone.”

Hoggard is actually the least experienced of Fortec’s three drivers, although neither?Hampus Ericsson or?Lucca Allen?has a full season behind them.

Ericsson did seven of the 10 rounds last year as per the regulations of the short-lived Challenge Cup, and won that title, just, over Harry Webb, who has moved on to BRDC British Formula 3.

Staying in F4 for a second season makes sense for Ericsson, whose older brother Marcus launched his career when he won the Formula BMW UK title for Fortec in 2007.

If he follows his brother, then F3 would then be the logical step, once he’s proven himself in entry-level single-seaters. The title looks to be a long shot going off testing pace, but a few wins shouldn’t be an unreasonable, especially with the continuation of working with Fortec.

Allen also entered the short-lived Challenge Cup last year, but failed to take any class wins or score any points in the overall classification. The Irishman was with the unfancied Falcon Motorsport squad, which hasn’t won at this level since 2014, and the move to Fortec should be a better indicator of where the 15-year-old really stands in the pecking order. 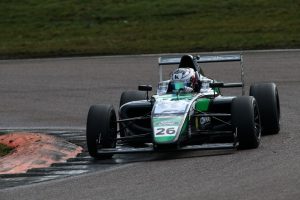 An all new line-up at Double R Racing for this year poses a lot of questions, many of which seem to have been answered in testing.

The fastest of three new signings is?Kiern Jewiss, who is a race-winner from his time in the Ginetta Junior championship and a star in karting before that, and has ex-F1 racer Mark Blundell behind him. He topped testing convincingly in the wet at Brands Hatch, and was also impressive at Rockingham last month. He doesn’t have a team-mate with open wheel experience to learn off though, which could hamper his development over the year compared to old rival Priaulx.

Tonteri has been the more convincing of the pair in testing, and also has the stronger CV, having finished fourth in the World Karting Championship in the senior OK class for the last two years.

At least one podium every round is his aim, a feat only one driver has achieved in the days of British F4, and if achieved would put Tonteri firmly in the title fight. Testing pace suggests it’s a lofty target, but that’s no surprise considering his inexperience in cars. By the time the cars reach Brands Hatch, he’ll likely be on the ball, so to speak.

Jewiss looks firmly like the lead driver at the team though, and like Sargeant last year, Tonteri may be overshadowed by the achievements of a team-mate.

Alvarez has been the slowest of the three in testing, and has already recognised that he needs to be improving every time he’s on track. A champion karter in his home country of Mexico, he already has some experience of Europe, but without too much success, and Formula 4 will be a big step up. 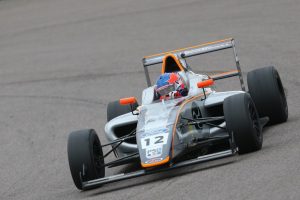 JHR Developments had an unbelievably difficult 2017, both in F4 and Ginetta, but it has regrouped itself well and made some great signings for this year.

Third year driver Ayrton Simmons leads the team’s line-up, and will be looking to put a disappointing second season in the championship behind him in his first year driving for someone other than Arden.

Steve Hunter’s JHR operation has done a brilliant job in the past – see Sennan Fielding’s run to second in the standings in 2016 – and very well could perform another giant-killing act with Simmons.

Testing pace only suggests as such, and the emphasis will be on Simmons to turn speed into results, something he didn’t do enough last year.

Mexican?Manuel Sulaiman is in his second year with the team, and ended last season on a high with his first podium. He should be looking to repeat that this year, but testing has been concerning, with uncompetitive times and restricted track time due to a hefty crash at Rockingham.

Karting graduate Josh Skelton?has been even further off the pace, which can’t all be put down to inexperience.

Skelton was eighth in the Senior X30 Class of the Super 1 National championship last year, and third the year before that in the? Rotax Max standings. He’s been testing single-seater machinery since last Autumn, and so should be on top of everything by now.

“There?s a learning process to be had [going from karts to cars], I?m sure it?s only a matter of time before it all starts to click, and I?m sure he?ll be on the pace as well,” reckons team boss Hunter, who brought a certain Billy Monger up to speed when he first drove in F4. 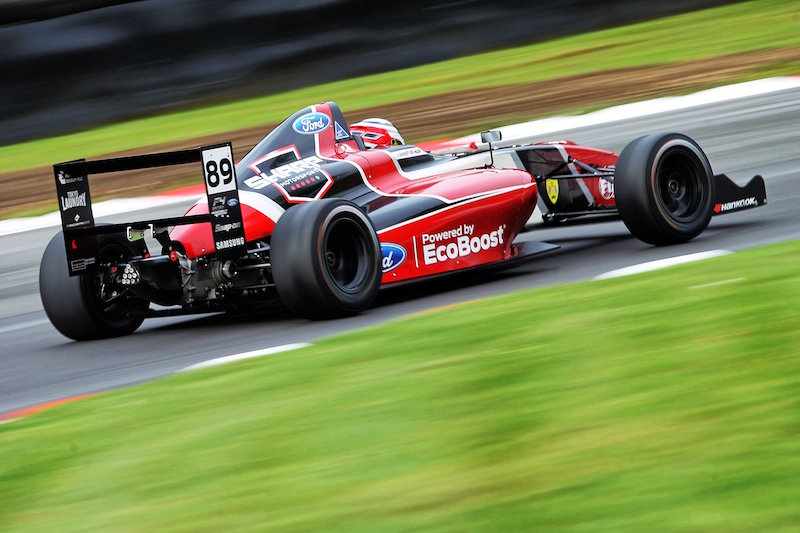 Father and son team Sharp Motorsport treated 2017 as a learning year, and are looking for results this season.

Jamie Sharp?finished in the points on nine occasions last season, strangely more frequently in the first half of the year, with a very inexperienced team.

“We?ve been working hard over winter with everything,” said Sharp Jr.

Testing suggests that Sharp is no closer to the front than he was at the end of last season, but races are a different matter, and Sharp believes the mistakes of 2017 have been learnt from and removed.

“I think [removing the mistakes of 2017] goes down to our winter. We?ve done all the sim work, we?ve worked with really professional people, and I?ve improved a lot from last year. I?m ready.”

The team is advertising for a driver to fill a second car, although a signing is unlikely to be made until once the season is well underway.