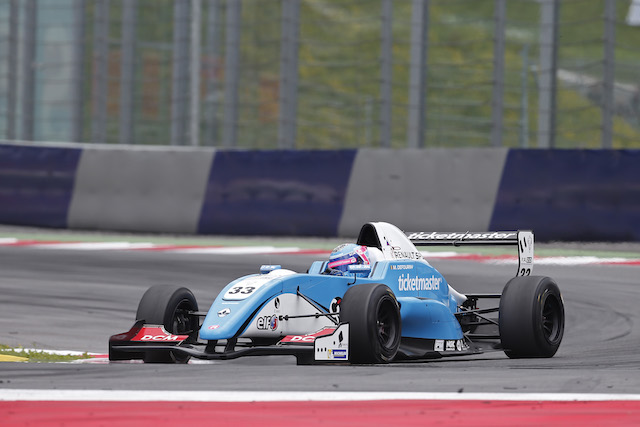 Max Defourny will continue in Eurocup Formula Renault for another season in 2017, staying with the R-ace GP team.

The Belgian tested in both GP3 and Formula V8 3.5 at the end of 2016 after coming third in last year’s Eurocup, but will return to the Formula Renault series?for another assault on the title.

The 18-year-old has also finished fourth and then second in the NEC for the past two years, but like many drivers, will focus on the Eurocup which has expanded to 10 events for 2017.

Defourny stays?with R-ace GP for another year and is joined at the French outfit by his 2016 team-mate Will Palmer, former Josef Kaufmann Racing driver Robert Shwartzman and Italian Formula 4 graduate Raul Guzman.

R-ace GP has signed an entirely different quartet to take part in the NEC, consisting of a trio of French F4 series graduates and a car racing rookie.

Belgian Gilles Magnus and Morocco’s Michael Benyahia step up after coming second and third respectively in French F4 last year behind Yifei Ye, who has joined Kaufmann’s team for his graduation.

Theo Coicaud makes a similar move after placing seventh in French F4 last year, with fellow Frenchman Charles Milesi stepping up from karting where he was ninth in the world junior championship in 2016.

Manuel Maldonado to race in BRDC British F3 with Fortec