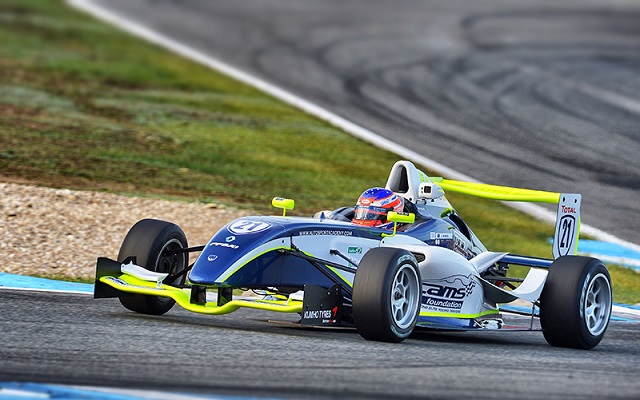 Australian racer Joseph Mawson secured his third victory in his debut year of cars, winning the first race of the penultimate round of the French F4 season at Jerez.

Mawson started the race from pole and led every lap on his way to the checkered flag.

Championship leader Lasse Sorensen was third off the line behind front row starter Patricio O’Ward, but overtook the Mexican racer on lap three.

He stayed at around 1.7s behind Mawson for most of the race and managed to take several tenths out of the Australian during the final laps, but ultimately settled for second.

Denis Bulatov made his way up to sixth, finishing ahead of David Droux and Niclas Nylund. Paul Hokfelt took ninth, as Gjergj Haxhiu repeated the best result of his season in tenth.

Sorensen’s second-place finish takes him to 292 points, with nearest rivals Felix Hirsiger and Boccolacci at 205 and 204 points respectively.