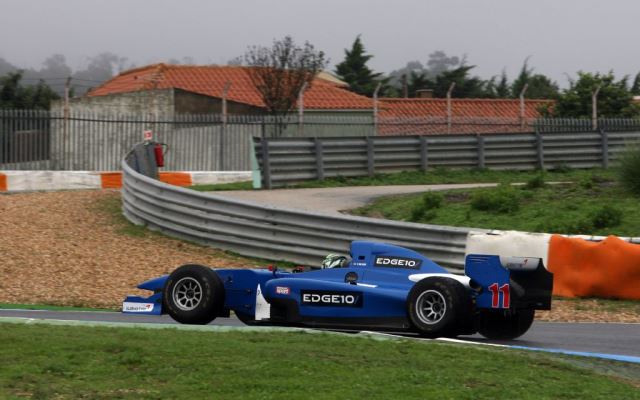 Ghirelli had topped the Q1 phase, which was purely a case of going through the motions given that only ten cars are taking part this weekend, meaning that – in theory – no cars should have been eliminated.

However, debutant Luis Sa Silva did stop on track after just three laps, triggering a red flag and preventing him from competing in the second session.

Ghirelli is making his second appearance for Super Nova this season as a stand-in for the injured Michela Cerruti.

Antonio Pizzonia, returning to the series with Zele Racing two years after his previous appearances, was third quickest and less than a tenth slower than Ghirelli.

More than half a second off the pace in fourth was German F3 champion Markus Pommer, who now has work to do to beat Kiss to the runner-up spot in the championship. The Hungarian’s two bonus points for pole open his advantage up to 15 points.

Shinya Michimi, in Euronova’s lead car in the absence of champion Kimiya Sato, was fifth ahead of Andrea Roda. Italian enthusiasts Michele La Rosa, Francesco Dracone and Salvatore De Plano will line up next on the grid ahead of Sa Silva.