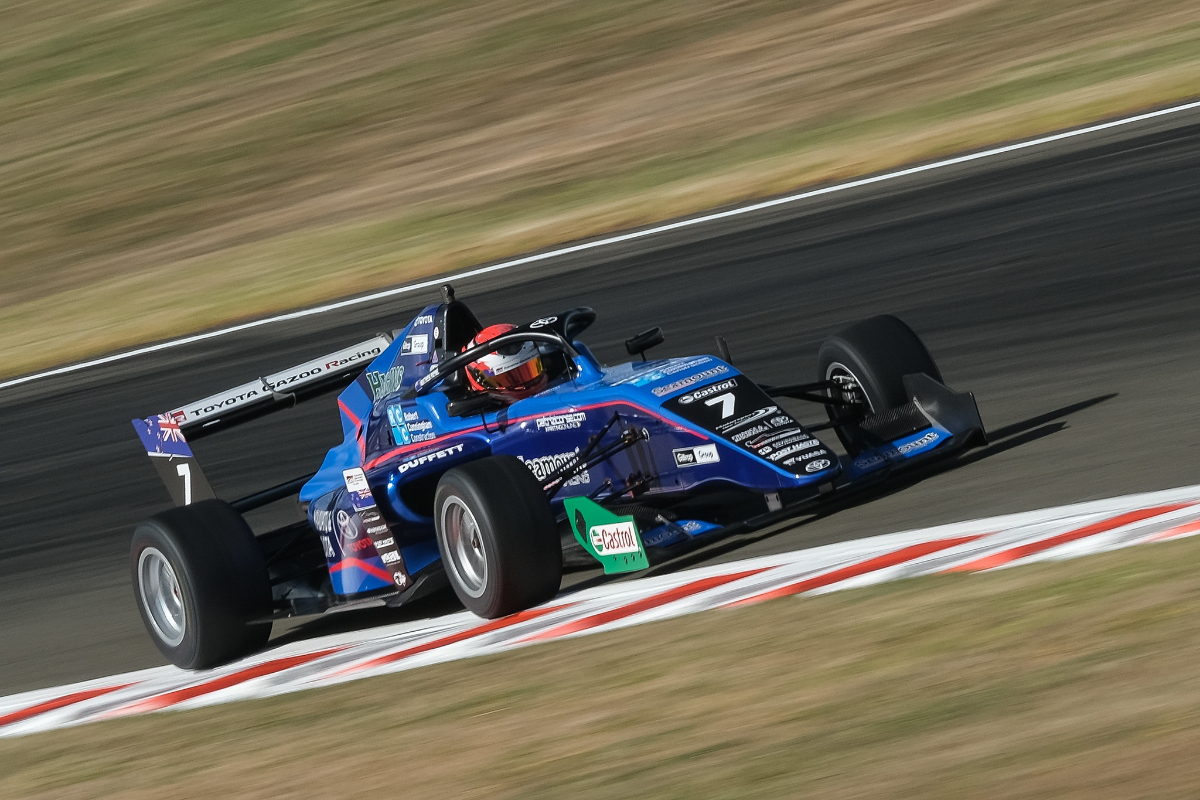 The points leader started Friday’s action with a 1m04.040s lap to top FP1, 0.169 seconds up on Chinese Formula 4 champion Conrad Clark and with two other drivers within a third of a second of the pace.

Only six cars were present, with Tom Alexander not present after contesting the first two rounds. This weekend’s round will feature four races, and award the Dan Higgins Trophy and Denny Hulme Memorial Trophy to the winners of races two and four, the latter of which is the New Zealand Motor Cup race.

Kaleb Ngatoa set the pace in FP2, and was joined by USF2000-bound Billy Frazer and Chris Vlok in improving on their personal bests from FP1.

Payne was still quickest overall though, and he got even faster in FP3 with a 1m03.740s lap that put him 0.320s clear of Frazer. Ngatoa improved again to go third, while Clark didn’t get faster and was shuffled down to fifth behind Toyota 86 champion Peter Vodanovich.

There will be two qualifying sessions this weekend, one taking place on Monday and a second on Sunday. All six drivers present remain in title contention, with Payne heading Ngatoa and the absent Shane van Gisbergen at the top of the championship standings.