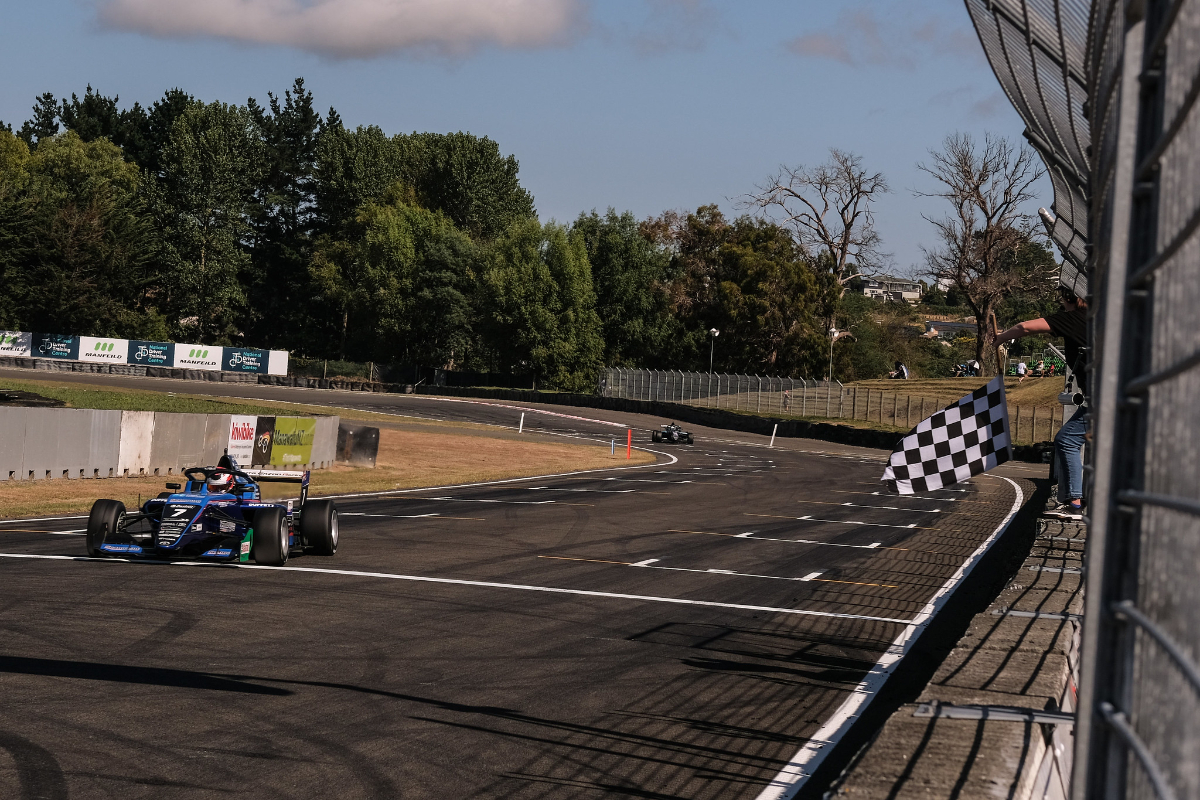 Matthew Payne picked up a lights-to-flag victory in the opening race of the Toyota Racing Series season finale at Manfeild.

Payne was untouchable at the front of the field, at one point building a gap of over four seconds before he backed off in the closing stages of the race.

Kaleb Ngatoa, who had an equally uneventful race in second place, ended the race 3.667 seconds behind the championship leader.

The main battle through most of the race was the fight for third.

Peter Vodanovich had a poor getaway from third on the grid, dropping to the back of the field. Conrad Clark inherited the position with a super start and put pressure on Ngatoa on the opening lap, but couldn’t quite get ahead. He fell off the back of Ngatoa and spent the remainder of the race battling to keep Billy Frazer behind him.

As Frazer and Clark battled, Vodanovich was able to catch back up with the duo, making it a three-way fight for position. A lock up from Vodanovich briefly gave Frazer breathing room, but he was unable to take advantage and make a move on Clark.

Clark was able to edge away from Frazer in the final laps to secure his first podium of the season in third. Frazer held off Vodanovich for fourth, and Chris Vlok completed the order of the depleted grid.