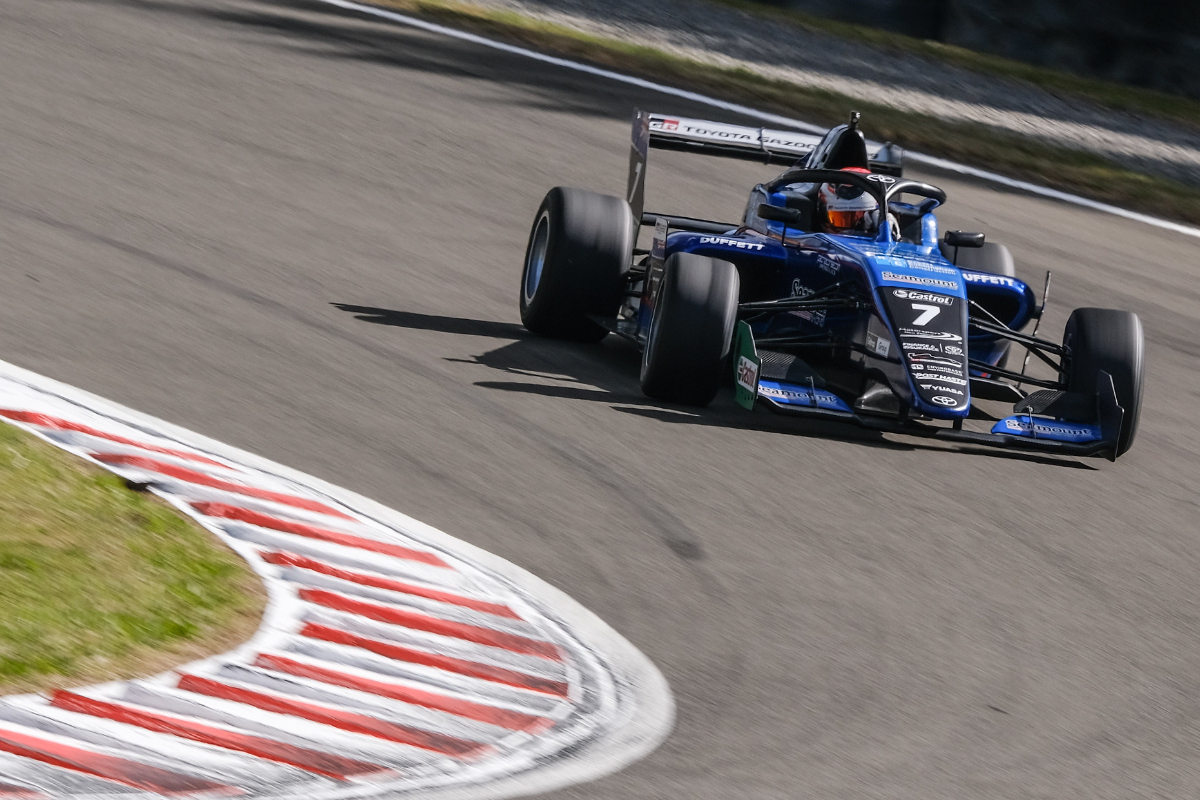 Matthew Payne dominated qualifying at Mansfield to take a double pole for the first part of the Toyota Racing Series season finale.

Payne put in consistent fast laps to stay at the top of the order throughout the 15-minute Saturday morning qualifying session.

While his rivals were briefly able to get within 0.2 seconds of his then-quickest time, none were able to match the points leader.

He ended qualifying with a best laptime of 1m03.176s, 0.231s quicker than his closest rival and putting him on pole for the Dan Higgins Trophy-awarding second race of the weekend.

Peter Vodanovich and Kaleb Ngatoa spent the session swapping second place. Vodanovich eventually came out on top, though Ngatoa’s last lap of the session put him within 0.1s of him.

The pair will swap places on the grid for the weekend’s shorter opening race, determined by the second-best laptimes, with Payne on pole again by 0.317s.

With travel restrictions preventing international drivers from competing, only three other drivers make up the grid for the final round of the season.

USF2000-bound Billy Frazer was fourth quickest, having briefly been running in third midway through the session, with Conrad Clark and Chris Vlok propping up the order. Clark starts ahead of Frazer for race one.