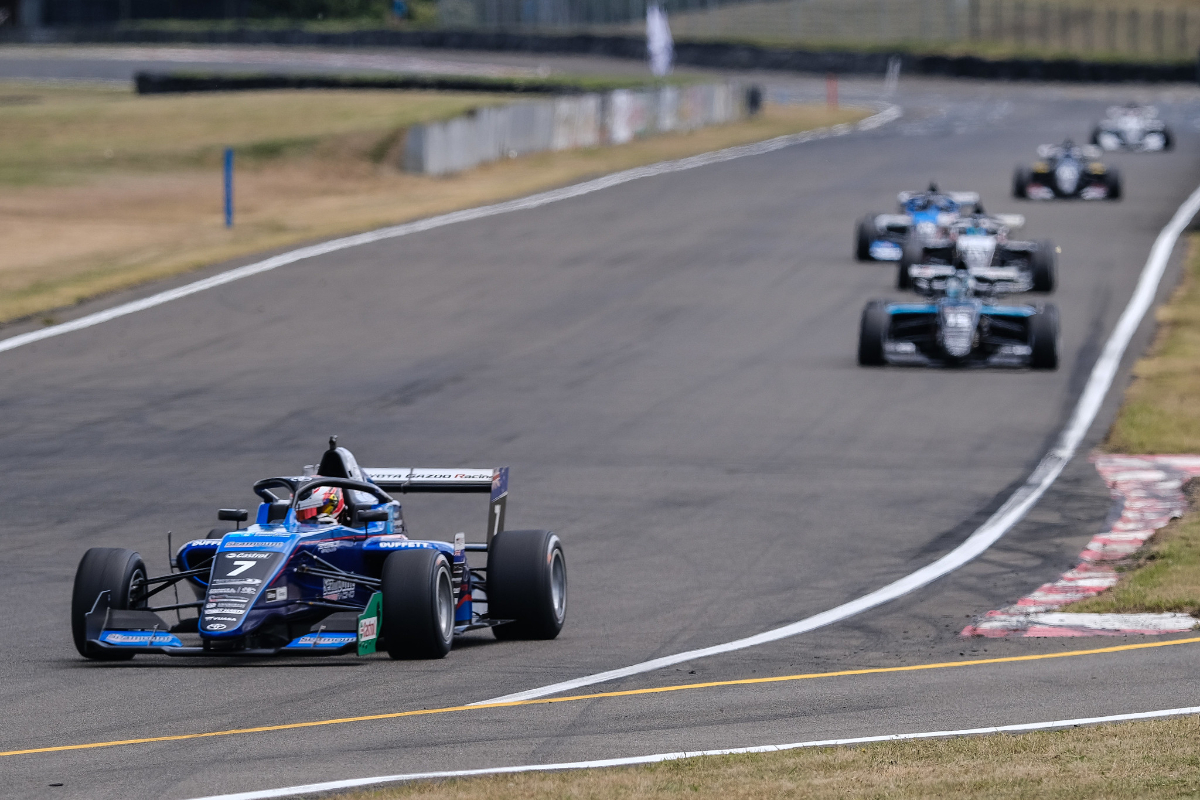 Matthew Payne won the Dan Higgins Trophy with another lights-to-flag performance at Manfeild to close on the Toyota Racing Series title.

The points leader didn’t have an entirely perfect race, with a number of small mistakes in the opening laps allowing Peter Vodanovich to remain on his tail.

However, Vodanovich wouldn’t be able to stay there for long. Setting consistently quicker laps than the rest of the field, Payne edged away.

Over the course of the 27-lap race, he pulled a gap of more than to the rest of the field and finished 9.303s clear of Vodanovich.

Kaleb Ngatoa completed the podium, and is now Payne’s only title challenger. He had been able to challenge Vodanovich off the line, but made himself vulnerable in doing so.

Billy Frazer briefly took third, after having to start from the back of the six-car grid when his car failed to start on the warm-up lap, but it didn’t take long for Ngatoa to reclaim the position

Ngatoa couldn’t bring the fight to Vodanovich later in the race, but finished a comfortable third.

Frazer soon came under pressure from Conrad Clark and the two spent the remainder of the race battling for position. Clark came out on top, finishing fourth ahead of Frazer and Chris Vlok.