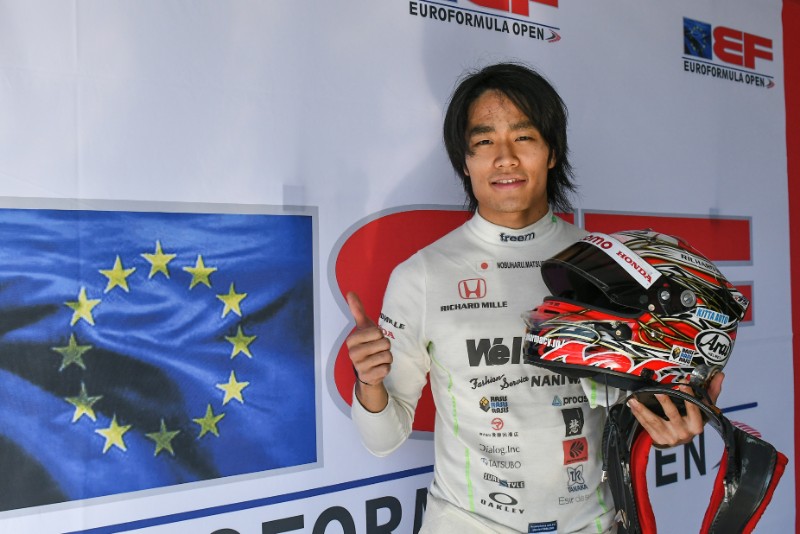 Formula 2 race winnner and Honda protege Nobuharu Matsushita will join the Euroformula Open field at the Hungaroring this weekend with Carlin.

The 25-year-old races for the British team in F2, most recently mastering tyre wear to win the feature race at last weekend’s Red Bull Ring. He finished 11th in Super Formula in 2018, before returning to F2 for his fourth year in the series.

Earlier this year, Matsushita entered one race in the EF Open Winter Series?with Carlin at Paul Ricard, where he took victory, pole and fastest lap. He used the event to learn the circuit ahead of F2’s visit there and will be using the Hungaroring round for a similar reason.

Carlin’s usual quartet of Christian Hahn, Nicolai Kjaergaard, Pau Grand Prix winner Billy Monger and Matushita’s fellow Honda protege Teppei Natori will be racing, with Carlin being one of two teams running five cars for the fifth round of the season.

The title-leading Motopark squad has added Cameron Das to its line-up, with the American joining from Fortec Motorsports.

“I am looking forward to this new chapter in my career,” said Das. “I would like to thank Motopark and Timo Rumpfkeil for the opportunity.”

Motopark’s line-up could shrink back down to four cars – or even three – in next weekend’s Red Bull Ring round, where Red Bull juniors Liam Lawson and Yuki Tsunoda will be competing in the clashing FIA Formula 3 event at Silverstone.

The team is believed to be pursuing at least one replacement for the Red Bull Ring and the Silverstone round in September where Lawson and Tsunoda will also be absent.

Fortec Motorsports’ presence is reduced to one car, driven by Australian Formula 3 champion Calan Williams, as a result of Das’s departure, with Teo Martin Motorsports also being a car down in Hungary. Guilherme Samaia has left the Spanish team due to a contractual disagreement that has escalated over the year.