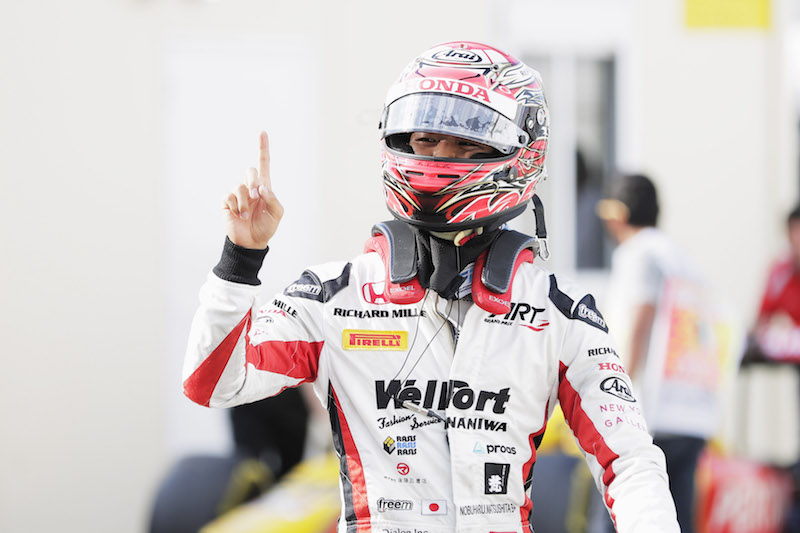 Nobuharu Matsushita bounced back from his huge Spa shunt to achieve his first pole position at Formula 2 level at Monza, as Charles Leclerc was beaten to the fastest lap for the first time and could only muster seventh.

Five days on from his high-speed crash at Raidillon in the Spa sprint race, Honda junior Matsushita went to the top of the times with his first flying lap of the session, and his 1m30.982s would prove good enough for pole position.

Chances for others to dislodge him were affected by dramas affecting both Trident drivers, causing red flags late on.

First Nabil Jeffri spun and stalled at the first chicane after exiting the pits, triggering a stoppage with six minutes remaining.

Team-mate Santino Ferrucci later suffered a rear-right suspension failure at the second chicane, bringing an early end to the session with less than a minute remaining.

Nyck De Vries came to within 0.089 seconds of Matsushita’s pole lap during the first runs to qualify on the front row for the first time since Bahrain in only his second outing with Racing Engineering

The driver De Vries swapped seats with last week, Louis Deletraz, was an impressive third for Rapax, getting inside the top 10 for the first time this season.

Leclerc was fifth after the first runs behind Artem Markelov and was unable to improve on his second run, having run close behind Markelov at the head of the field, ultimately passing him after Ascari.

He was then shuffled down to seventh by last-gasp improvements from Roberto Merhi and Jordan King just prior to the second red flag.

Leclerc, who then told his Prema engineers that “we are so slow, my lap was good”, is set to share the fourth row of the grid with his team-mate Antonio Fuoco.

Ferrucci was ninth quickest and Alex Albon was 10th, with Luca Ghiotto – who was second to Russian Time team-mate Markelov in practice – 11th despite improving at the end of the session.

It was an even worse session for Leclerc’s closest championship rival Oliver Rowland, who was only 13th. He complained on the radio of understeer, saying it was “the worst car I’ve driven”. His DAMS team-mate Nicholas Latifi was one place behind in 14th.