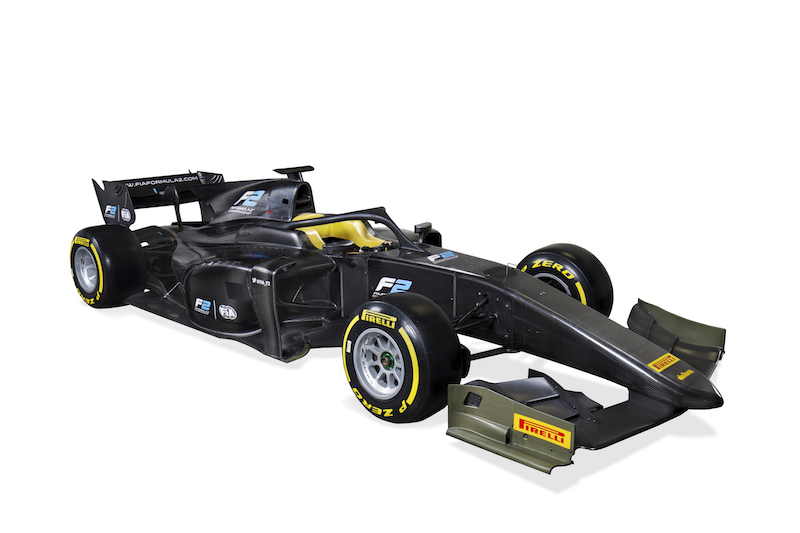 The new Formula 2 car to be used from 2018 onwards has been unveiled at Monza.

The F2 2018 features a new turbocharged V6 engine, wider more aggressive styling and the halo cockpit protection device that will also be introduced in Formula 1 next season.

Built by Dallara, it takes over from the GP2/11 that was used for the past seven seasons of the series formerly known as GP2.

The car was given an initial shakedown at Magny-Cours in July and will undertake a number of further tests of the remainder of the year before cars are delivered to teams in January and February of next year.

The F2 2018 is 16 centimetres longer than its predecessor but maintains the same width, in contrast to F1’s move to wider cars this year.

The engine is a 3.4-litre V6 from Mechachrome – just as is the case in GP3 – but is turbocharged, producing 620hp.

Pirelli will continue to supply tyres specific to F2, fitted to wheels that match the dimensions used in F1 in 2016.

The series says that “operational costs for the teams are expected to be similar to this year”.

?I am very pleased to be able to present our new car for the next three year cycle of the FIA Formula 2 Championship,” said series CEO Bruno Michel, who unveiled the car in the F1 paddock at Monza together with Formula One Management’s Ross Brawn, Charlie Whiting from the FIA and Pirelli’s Mario Isola.

“Our focus has always been on providing a powerful, safe and challenging car which will encourage overtaking, and thanks to the new aerodynamics package we believe this car will both enhance racing and provide even more entertainment for our fans.

“Our philosophy has always been to match this with cost control for the teams, and we believe the F2 2018 will continue to limit operational costs and provide an attractive package to our teams.

?Finally, and most importantly, the F2 2018 matches the very latest F1 safety standards: we have a strong track record on safety, and this was a principle focus during the design process.

“I believe that the F2 2018 is the right car for the next stage of our championship, while also providing a worthy race car for the final step of the motorsport ladder for our drivers hoping to achieve their ultimate ambition: a race seat in F1.” 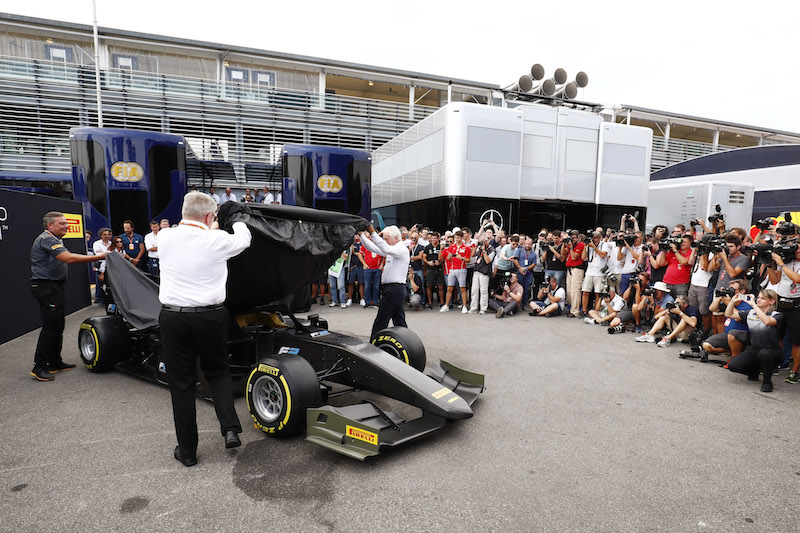