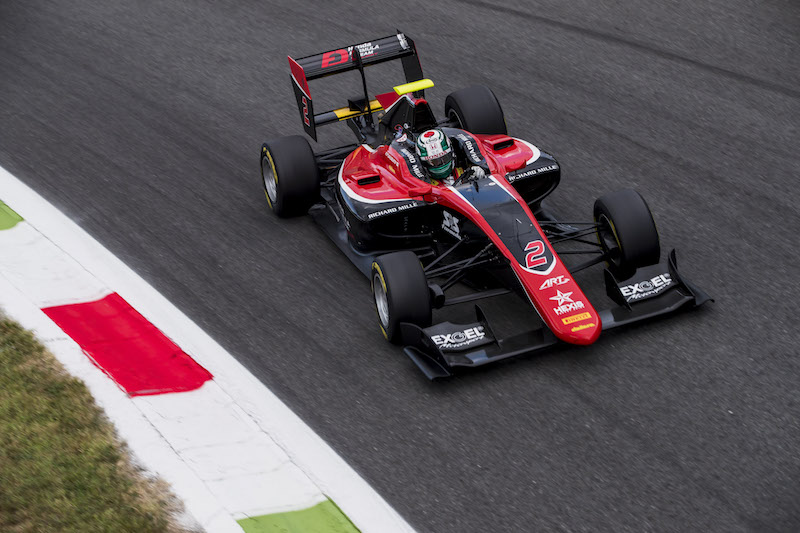 GP3 qualifying at Monza has been cancelled due to heavy rain, with Nirei Fukuzumi to head an ART 1-2-3-4 on the race one grid on the basis of practice times.

The adverse conditions meant the start of the session was initially delayed, but with lots of standing water on track and rain continuing to fall, the decision was taken to cancel the session.

The grid will therefore be set according to the results of practice on Friday evening, when ART locked out the top four positions.

The French squad, unbeaten in GP3 qualifying since the second round of last season, doesn’t always shoot for the best positions in practice, but did on this occasion, with Fukuzumi beating championship leader George Russell to top spot by 0.099 seconds.

Anthoine Hubert and Jack Aitken will line up third and fourth respectively, having both got within two tenths of the pace in practice.

Trident’s Dorian Boccolacci edged the Arden duo of Steijn Schothorst and Leonardo Pulcini to fifth place, with the Jenzer pairing of Arjun Maini and Alessio Lorandi in eighth and ninth.

Dan Ticktum will make his series debut with DAMS from 10th on the grid having been only?0.638s off the pace in his first session in a GP3 car.