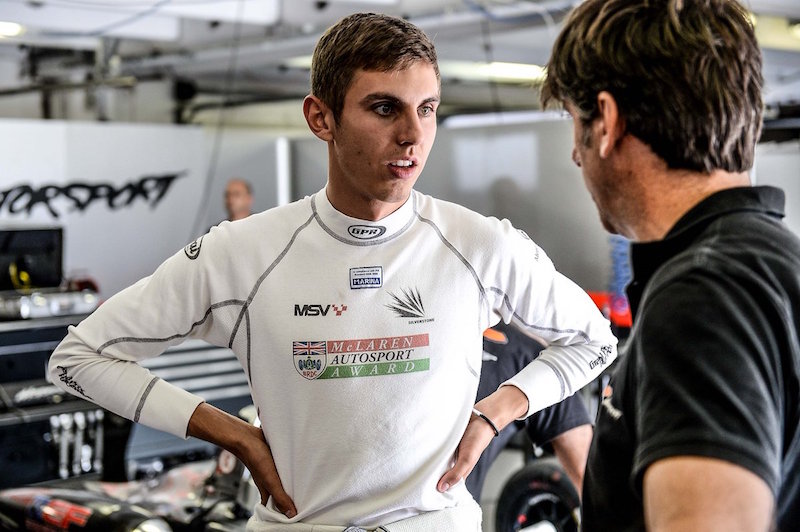 Harrison Scott took a dominant sixth Euroformula Open pole of the season at Silverstone, despite a spin halfway through the session.

Scott?s banker lap, a 1m51.859s, set prior to the red flag that split the session in two, was over a second faster than anyone else at that point, and had he stayed in the garage after the session was restarted he would have still taken pole by almost a tenth.

Just before the session was red flagged he span at Luffield, but he put that behind him on his second run and bettered his own time by over three quarters of a second.

RP Motorsport team-mate and ever-improving rookie Alex Karkosik ended up in second, 0.751 seconds off, with EF Open debutant Ben Hingeley in third for Fortec, who he normally drives for in BRDC British F3.

Carlin?s Devlin DeFrancesco was fourth, ahead of Elisio Martinez (Teo Martin), Matheus Iorio (Campos) and Ameya Vaidyanathan, who stepped up to Carlin?s FIA European F3 team during the summer break.

Tarun Reddy, who has switched from Carlin to Drivex for Silverstone onwards, was 11th, ahead of new team-mate Christian Hahn and Guilherme Samaia, another British F3 regular to make his debut this weekend.

Pedro Cardoso was the driver who caused the session-splitting red flag, spinning at Club and failing to get the car going again.