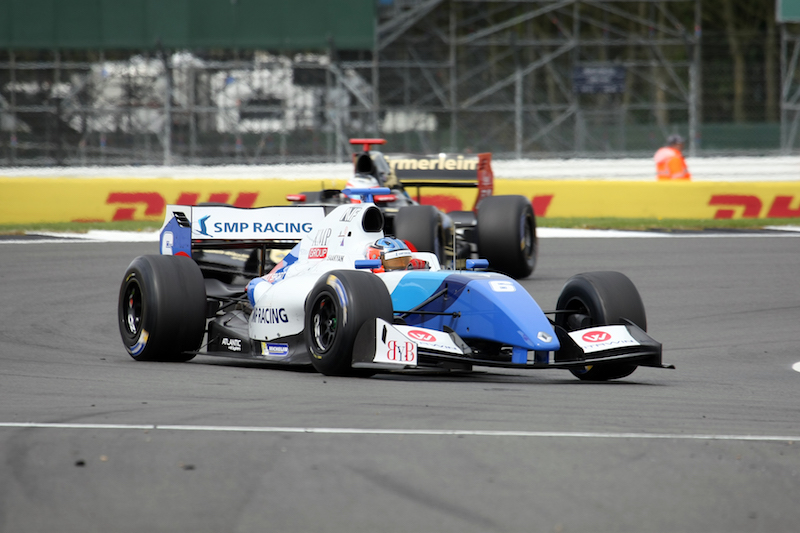 Matevos Isaakyan scored his second World Series Formula V8 3.5 victory in race two at Spa-Francorchamps, as Pietro Fittpaldi lost both a race win and his points lead to a pitlane stall.

From pole, Fittipaldi didn’t make the best of starts and was briefly down to third as Diego Menchaca challenged Rene Binder for the lead into Turn 1, but regained second when the Mexican ran wide and took the lead away from his Lotus team-mate Binder on the outside line into Les Combes for the first time.

The Brazilian had an advantage of around 1.5s over the chasing pack when he made his mandatory pitstop?with 23 of the 40 minutes left on the clock, but lost his car’s?engine after?it was dropped from its jacks, forcing the team to re-fire it.

Binder pitted a lap later, handing the lead to Isaakyan, who dropped from fourth to fifth at the start before overtaking Alfonso Celis after 10 minutes when the race one winner?ran wide at Pouhon, and dispatching the other Fortec car of?Menchaca down the Kemmel Straight two laps later.

The SMP-supported Russian spent just one lap out front before he pitted, but managed to rejoin just ahead of Binder and he successfully defended the lead on the inside line into Les Combes.

By stopping earlier, Celis got ahead of team-mate Menchaca for third, which he held on to despite going?off at the final chicane?with 12 minutes to go.

The Force India tester now takes the championship lead, overhauling Fittipaldi and Egor Orudzhev who finished sixth and seventh respectively behind Roy Nissany and Menchaca (the Israeli getting past for fourth on the penultimate lap).

Fittipaldi rejoined from his troublesome pitstop behind Orudzhev, but overtook the Russian into Les Combes seven minutes from the end.

Celis’ lead is one point over Fittipaldi, with Orudzhev five further back.