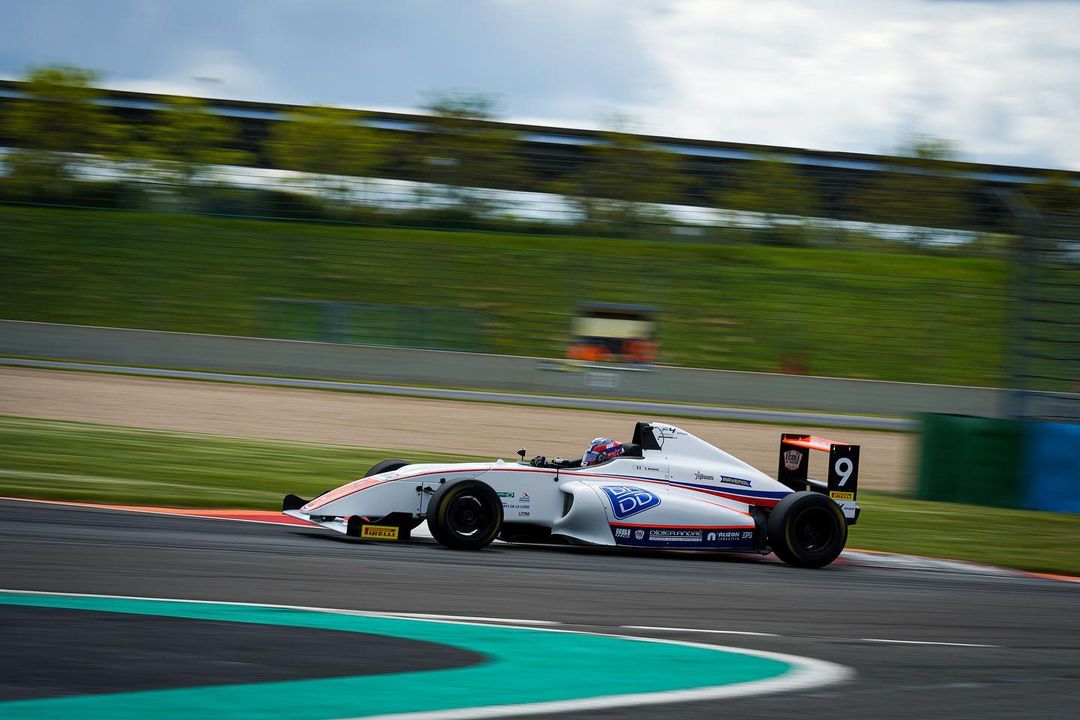 Esteban Masson came from seventh on the grid to take his second French Formula 4 victory of the season in the reversed-grid second race at Magny-Cours.

After being denied victory in the closing stages of the first encounter earlier on Saturday, Masson quickly made up ground in the second race to run third before the safety car was deployed approaching the halfway stage.

Following the caution period, caused by Adam Szydlowski’s car coming to a halt by the edge of the circuit, Masson passed Enzo Geraci for second before taking first place from polesitter and early leader Noel Andy.

Masson – who will start from pole in race three on Sunday – went on to win by 3.3 seconds from Andy, while Hugh Barter climbed from ninth on the grid to finish third with a late pass on Daniel Ligier, who came home fourth.

Alessandro Giusti took eighth place, having ran fourth before the safety car intervention, ahead of Pierre-Alexandre Provost and Aiden Neate.

Race one winner Capietto ran 11th for most of the race before spinning off on the final lap after contact.