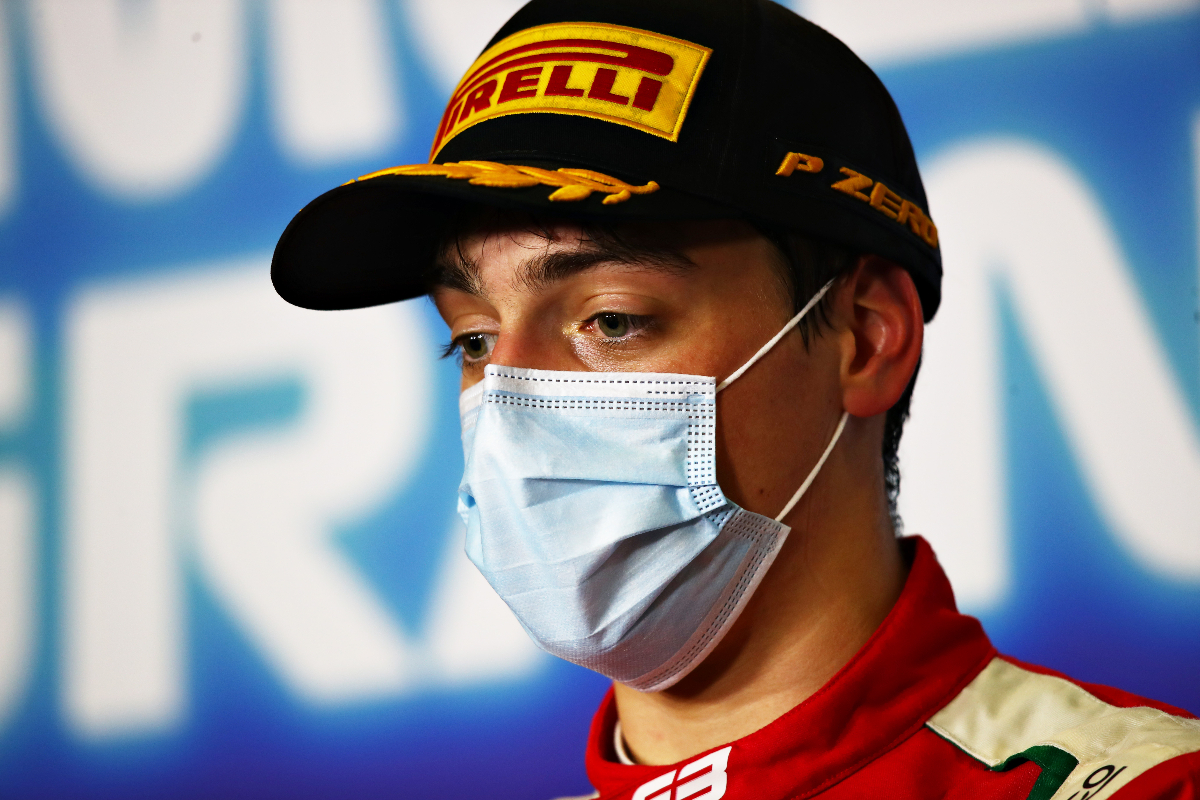 Olli Caldwell has revealed he feared he suffered a puncture from running over debris as he took the lead of the second FIA Formula 3 Championship race at Barcelona.

The Prema driver inherited first place after two occassions where drivers squabbling for the lead ahead collided and took themselves out in the second reversed grid race of Saturday in FIA F3’s new format.

Despite a close moment of his own with MP Motorsport’s Victor Martins, Caldwell was able to hold on to secure his maiden victory, and in two races has not only surpassed his 2020 points tally but also moved into the 2021 championship lead.

It was in the second collision of leaders, between team-mate Dennis Hauger and HWA Racelab’s Matteo Nannini, that Caldwell feared that he could have had his own race prematurely concluded.

“I hit the debris. I actually thought I had a puncture two corners later in turn 4 because I got a big snap of oversteer,” Caldwell revealed.

“But like Victor said: they were on the inside and I just aimed not at them but going to where they were going away from. It was really close, the debris definitely hit my car, so I don’t know if I had any damage in the end, we’ll see, but that was really close.”

When pressed by Formula Scout after the race, Caldwell also explained how his rookie campaign in 2020 with Trident was a ‘learning year’, and that his move to Prema was vindicated.

“Yeah, I definitely think that justifies my move to Prema. Last year was a learning year with Trident, they obviously have a great car, but some drivers suit different cars to others.

“I’ve been with Prema in 2018 and ‘19, I know the team well and I suit their car, I suited the car when I was with them before. I’m really happy that we got the seat with Prema and have had a good first weekend so far.

“Obviously it’s hard to look ahead, it’s only been two races out of seven weekends in total, so now the focus is still just to maximise points and keep looking ahead.”

Caldwell also spoke of how he struggled with the state of his tyres as the race approached its conclusion.

“The car lasted very well, Prema’s done a great job with the car.

“It felt like I was hanging on there with the tyres at the end, I think everyone wsd struggling. Barcelona’s a difficult track with the tyres, so it really is just about how long you can keep them. The car was great, but I was still hanging on in the end.”