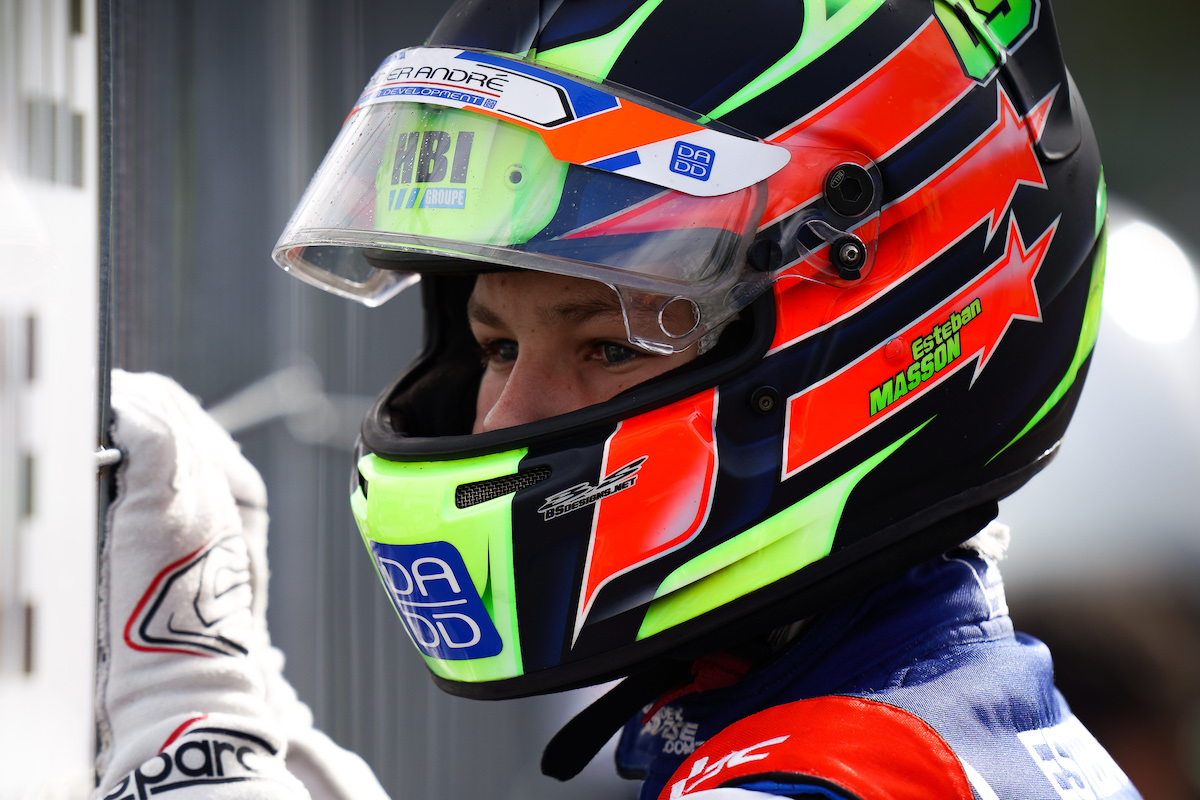 Esteban Masson claimed a double pole position in qualifying for the first round of the French Formula 4 Championship at Nogaro.

Masson, the 2019 French junior karting champion starting his first full season of cars after guest appearances in F4 in the past two years, led the 25-minute session from his second flying lap.

After 10 minutes he had his best time deleted for exceeding track limits at Turn 9, but remained on top of the timing screens and then became the first driver to go below the 1m27s mark.

Unable to improve on his following laps, Masson – a protege of former IndyCar and Le Mans racer Didier Andre – then returned to the pits for the final 10 minutes and saw nobody threaten his time.

Many of Masson’s closest rivals had a similar strategy including practice pacesetter Hugh Barter, the Japanese-born Australian who claimed second place on the grid for his debut single-seater race after winning the Richard Mille Young Talent Academy shootout.

Returning driver Owen Tangavelou did stay on track until the final minutes but fell 0.002 seconds shy of Barter’s time, with the pair close to a quarter of a second away from Masson’s pole effort.

Maceo Capietto was second-best of the debutants in fourth, with another second-year driver Daniel Ligier in fifth. Like Tangavelou, Ligier improved considerably on his best qualifying result of 2020.

Aiden Neate was one of the only drivers to improve in the closing stages, moving up to sixth and just edging Dario Cabanelas – a product of Fernando Alonso’s karting school in Asturias – to top the junior classification for those aged under 15.

Gael Julien, Thanapongpan Sutomno and Alessandro Giusti rounded out the top 10, which will line-up in the same order for Monday’s race three based on second-fastest times.

Just missing out on a place in the top 10 after an off-track moment was Noah Andy, who is looking for further backing to extend his second season beyond the opening round.