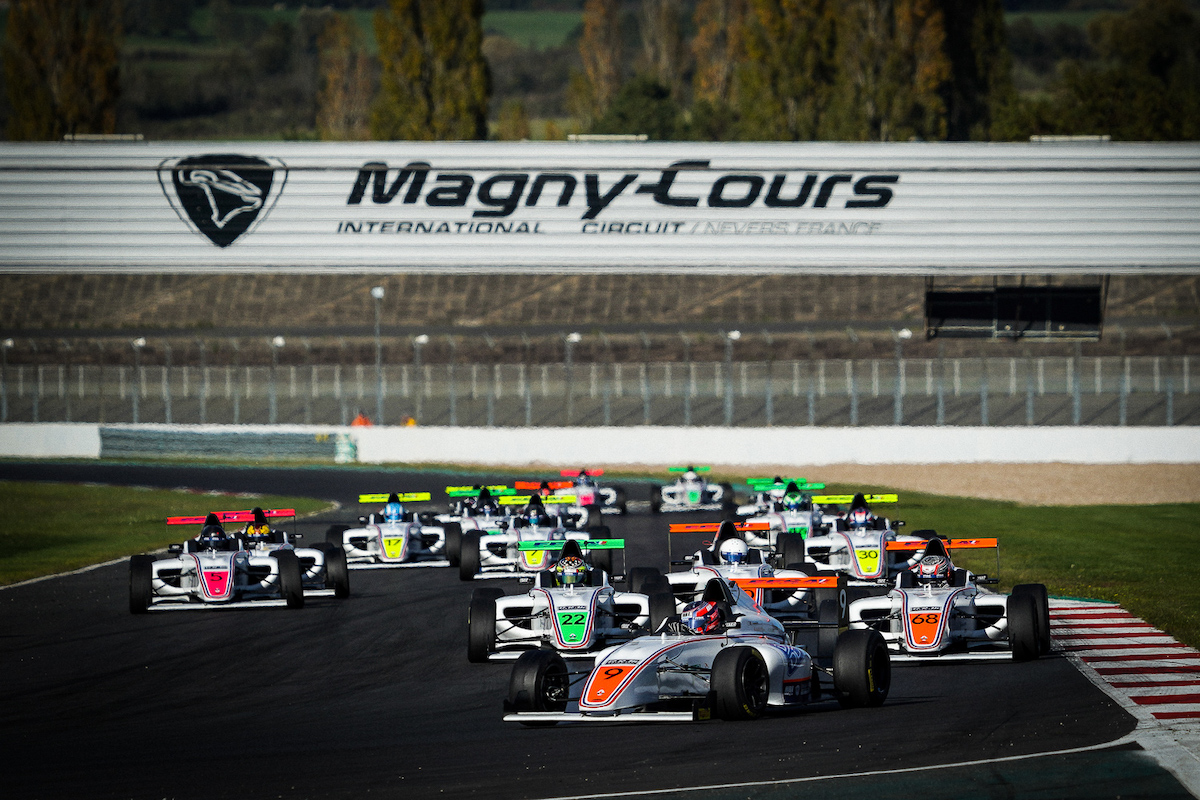 Esteban Masson took an important French Formula 4 win at Magny-Cours in a race that was ended early due to a crash involving his title rival Maceo Capietto.

Masson led from pole position at the start, but the safety car was called early on due to a collision involving Luciano Morano and Enzo Richer, eliminating both, while Pierre-Alexandre Provost was also hindered somewhat.

The 20-minute race resumed with half of the time remaining and Masson quickly opened up a gap to Hugh Barter, who got past Alessandro Giusti at the start.

From there, Masson maintained the gap until the red flag was called with 26 seconds remaining after Daniel Ligier had spun out of third place, with Capietto among those caught up in the melee.

With the race called and the results taken prior to the incident, Masson took his sixth win of the season to return to the top of the championship standings.

Capietto had come into the weekend with a seven-point lead over Masson in the overall standings, although the pair were tied once their worst three-race weekends so far were dropped from the equation.

With Ligier excluded from the race results for triggering the red flag, Alessandro Giusti took third and Capietto fourth – leaving Masson with an eight-point lead going into the final day.

He was classified fifth behind Ligier and Alessandro Giusti, having made a poor start and not recovered before the incident that caused the red flag.

Elliott Vayron was initially classified seventh behind Gael Julien but was later given a 30-second penalty that dropped him to 12th, with debutant Enzo Peugeot 13th and last after receiving a similar penalty.