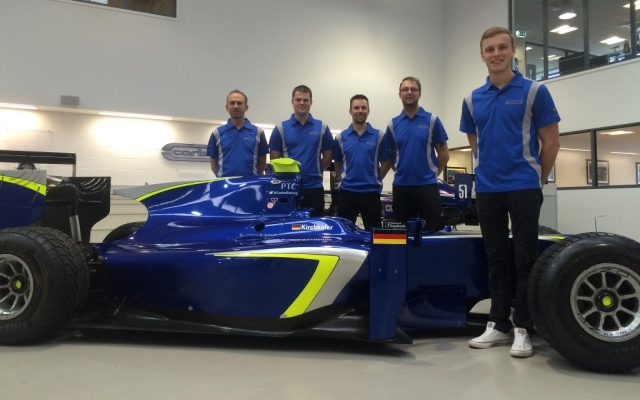 Marvin Kirchhofer has secured a graduation to GP2 for 2016, joining the Carlin team.

The German driver steps up after two seasons in GP3 with ART Grand Prix in 2014-15, finishing third in the standings on both occasions and winning five races.

Prior to that, he won the ADAC Formel Masters and German Formula 3 titles in his homeland.

He will join up with the team for this week’s first pre-season test at Barcelona, having previously spent one day in a GP2 car with Hilmer Motorsport at the end of 2014.

“We had some offers available, but in the end, the offer of Carlin promised us the most,” said the 21-year-old.

“The team has been very successful in recent years in GP2 and makes a very professional impression.”

Kirchhofer is the first of Carlin’s GP2 drivers for this season to be revealed.