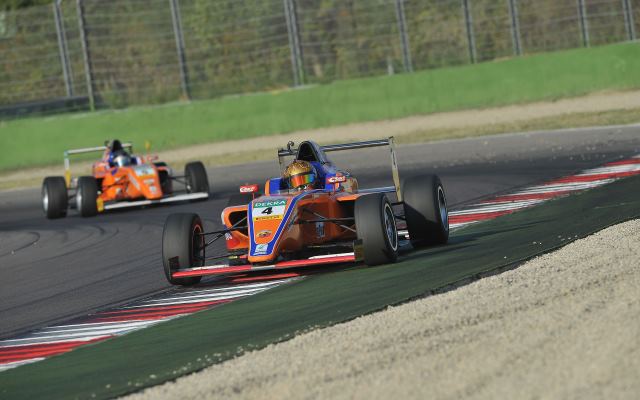 After enjoying a successful maiden season?in the series in 2015 taking second in the teams championship, and with drivers?Robert Shwartzman and?David Beckmann finishing third and fourth in the series respectively, Mucke has signed four different drivers for its 2016 Italian campaign.

Baiz will be returning to the series after undertaking a full season last year with Euronova Racing. The Venezuelan took a single podium and a handful of points scoring finishes on his way to 12th in the standings.

Ye will also be a returnee joining mid-way through the 2015 season with RB Racing. His best result was a seventh place finish at Imola. The 15-year-old from China had also taken?part in a full season of French F4 alongside the Italian series, where he enjoyed better results including two?wins?towards the end of the season.

Canadian Defrancesco, who recently finished tenth overall in the 2016 Toyota Racing Series championship, spent the latter half of 2015 in the Ginetta Junior Championship and will undertake his Italian F4 duties alongside a drive with Carlin in the British-based MSA Formula series.

Italian Festante will be a?rookie to single seater racing after spending the past few years in karts. He competed in both the WSK Champions Cup and CIK-FIA European Championship last season.

While last year Mucke ran drivers across the German and Italian F4 series, its 2016 quartet for the latter championship are not among the trio of drivers it announced for Germany last month.