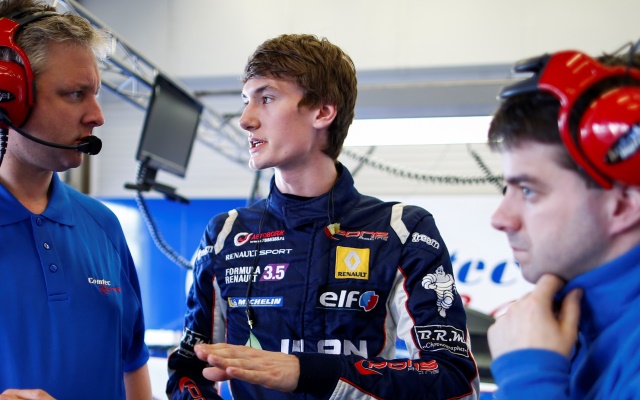 Formula Renault 3.5 podium finisher Nikolay Martsenko will restart his 2014 season by joining Hilmer Motorsport in GP3 for this weekend’s round at Spielberg.

Russian driver Martsenko enjoyed a strong start to his third campaign in FR3.5 earlier this year with Comtec, claiming a second-place finish at Motorland Aragon before hitting funding problems and leaving the series.

After eight weeks out of the cockpit, he will now return to action in round two of the GP3 season with Force India-backed Hilmer, replacing compatriot Ivan Taranov.

Taranov stepped up to GP3 from Protyre Formula Renault for this year but has had a sponsor withdraw. Taranov raced alongside Nelson Mason and Beitske Visser at Hilmer’s GP3 debut in Barcelona.

“I?d like to thank Hilmer Motorsport for this chance,” said Martsenko. “For me it?s very important to prove that they made a right decision. It will be my first experience at the wheel of GP3 car but I will do my best to achieve good result. I?m well prepared and I will give everything for the team.”