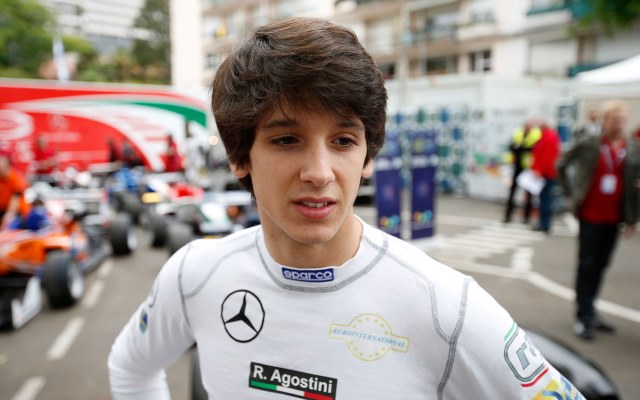 Riccardo Agostini has become the second new arrival at Hilmer’s GP3 squad for round two of the season in Austria.

Agostini has had a tumultuous time since winning the last Italian F3 title in 2012. He began last year competing in Auto GP with Manor MP Motorsport, but split with the team after four rounds and only made one further appearance in 2013 in Formula Renault 3.5 with Zeta.

This season he started racing in the FIA F3 European Championship with EuroInternational, but left the team after three events.

Agostini’s link with Hilmer comes through the JD Motorsport outfit that took him to the Italian F3 title, and which has assisted the Franz Hilmer-led entry since its formation to compete in GP2 last year.

Unlike most of the GP3 field, Agostini knows the Spielberg circuit well, having raced there in Formula Abarth in 2011, Italian F3 in 2012, contested his sole FR3.5 round there last July and taken part in the official FIA F3 pre-season test at the Austrian venue in April.

Earlier on Wednesday it was announced that ex-FR3.5 driver Nikolay Martsenko had replaced fellow Russian Ivan Taranov in the Hilmer team. Agostini takes up the car driven by Beitske Visser at the opening round in Barcelona, with Nelson Mason expected to continue in the team’s other car.