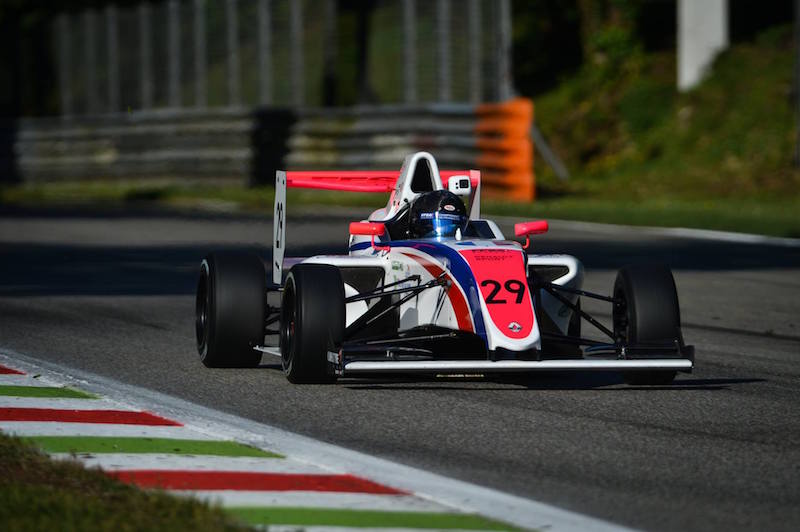 French Formula 4 leader Victor Martins shared the wins at round two at Monza with Pierre-Alexander Jean and Charles Milesi, but was excluded from the finale after colliding with the latter.

The world junior karting champion, who won twice at the opening round at Nogaro, beat Milesi to pole position but had to work hard for the race one win after both Arthur Rougier and Florian Venturi had stints in the lead.

Marvin Klein led much of the reversed-grid second encounter after starting P2, but seventh-place starter Jean worked his way into the lead before the end, and Klein fell to fifth behind Rougier, Venturi and Martins.

Martins started the finale from pole but was passed early on by Milesi, who proceeded to open up a gap of 1.5 seconds.

With the pair breaking away from the rest of the field, Martins closed the gap again, but after cutting the second chicane made contact with Milesi’s wheel and barrel-rolled.

This brought out the red flags, with Milesi declared the winner and Martins excluded.

Venturi was on course for another podium before retiring, with Rougier instead taking second ahead of Stuart White.