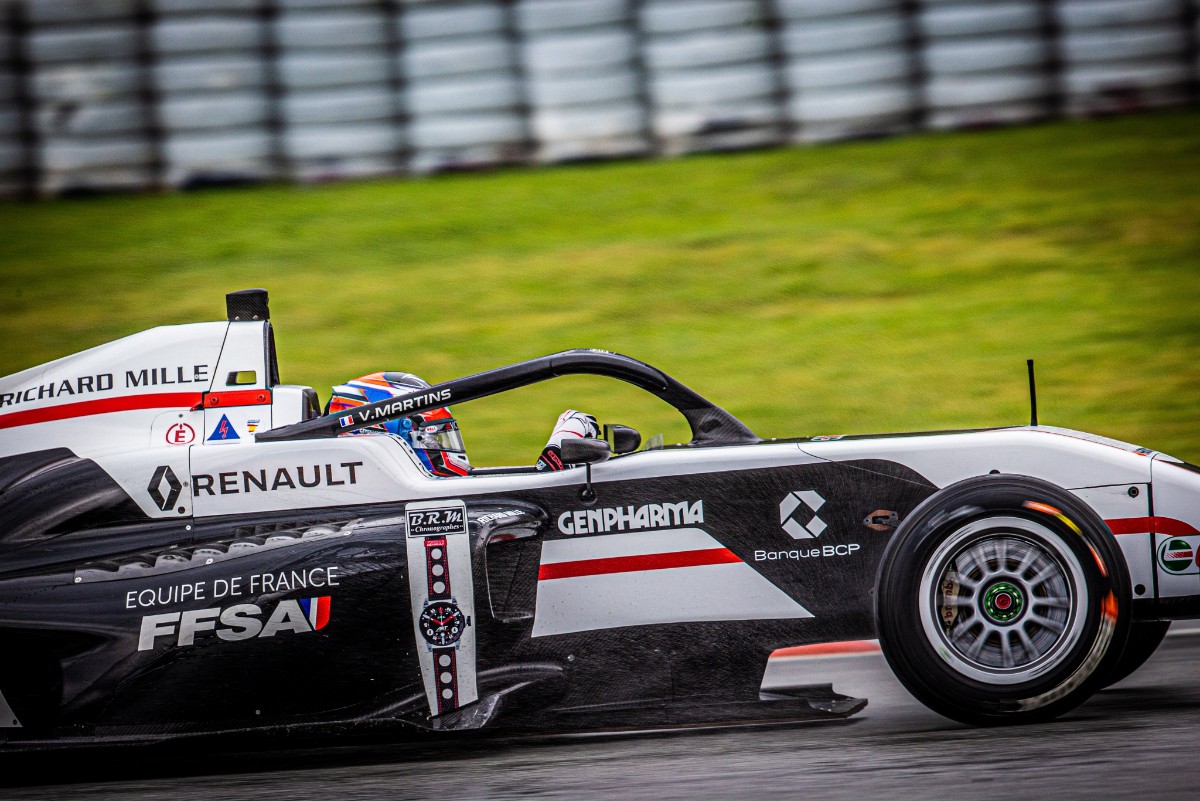 The ART Grand Prix driver topped the times early in the session and continued to improve to stay out of reach of the rest of the field.

Martins ended practice more than a second quicker than the next best driver, lapping at 2m34.482s.

His team-mate Paul Aron and Arden’s Alex Quinn spent the session trading second place. Aron was in position in the closing stages, and despite Quinn improving on his final lap he couldn’t match the Mercedes-AMG Formula 1 junior.

Renault junior Collet was one of a number of drivers to have lap times deleted as he exceeded track limits. The R-ace GP driver had two of his flying laps cancelled but improved on his last lap to put himself in eighth.