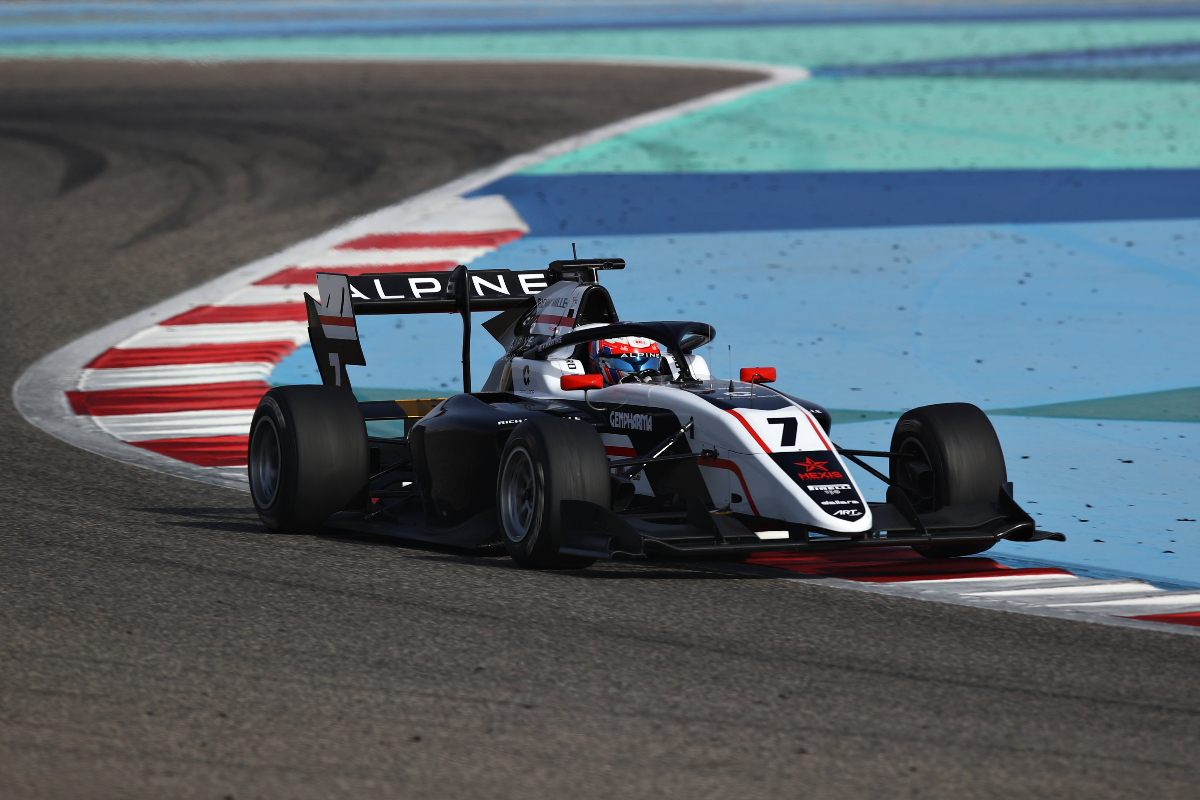 Victor Martins went fastest in the afternoon session of day two of FIA F3 pre-season testing, shortly before it was stopped early by red flags.

The two-and-a-half hour session ran almost without issue, with no yellow flags at all. It was only in the final 10 minutes, just after ART Grand Prix’s Martins set a 1m48.250s to usurp Trident’s Roman Stanek, that red flags appeared to end the day.

Charouz Racing System’s Laszlo Toth was the first driver to embark on a run plan, and was shuffled to second by Carlin’s Enzo Trulli – who had lost most of day one and the day two morning to engine trouble – after 15 minutes.

The full 30-car field had been out least an installation lap by the 20-minute mark, at which point Jenzer Motorsport’s William Alatalo was the fastest driver on track with a 1m50.928s.

Toth returned to the top 10 minutes later, and going into the second hour his team-mate Francesco Pizzi then moved ahead with a 1m50.236s.

That kept him in first place for almost 40 minutes, until Van Amersfoort Racing’s Franco Colapinto became the first driver of the session to set a sub-1m50s lap.

Prema’s Ollie Bearman knocked him off top spot after 10 minutes, with several other drivers having also broken into the 1m49s by that point, but he was only ahead for a minute before Hitech GP’s Isack Hadjar set a strong new benchmark with a 1m48.824s.

Stanek beat that going into the final half-hour, setting a m248.674s, as ART GP’s Gregoire Saucy rose to third place.

Another improvement from Stanek brought the pace to beat down to 1m48.379s with 15 minutes to go, and a flurry of track action in the five minutes before red flags appeared meant he ended the day in second place, 0.129 seconds slower than Martins and ahead of Hadjar, Saucy and MP Motorsport’s Alexander Smolyar.