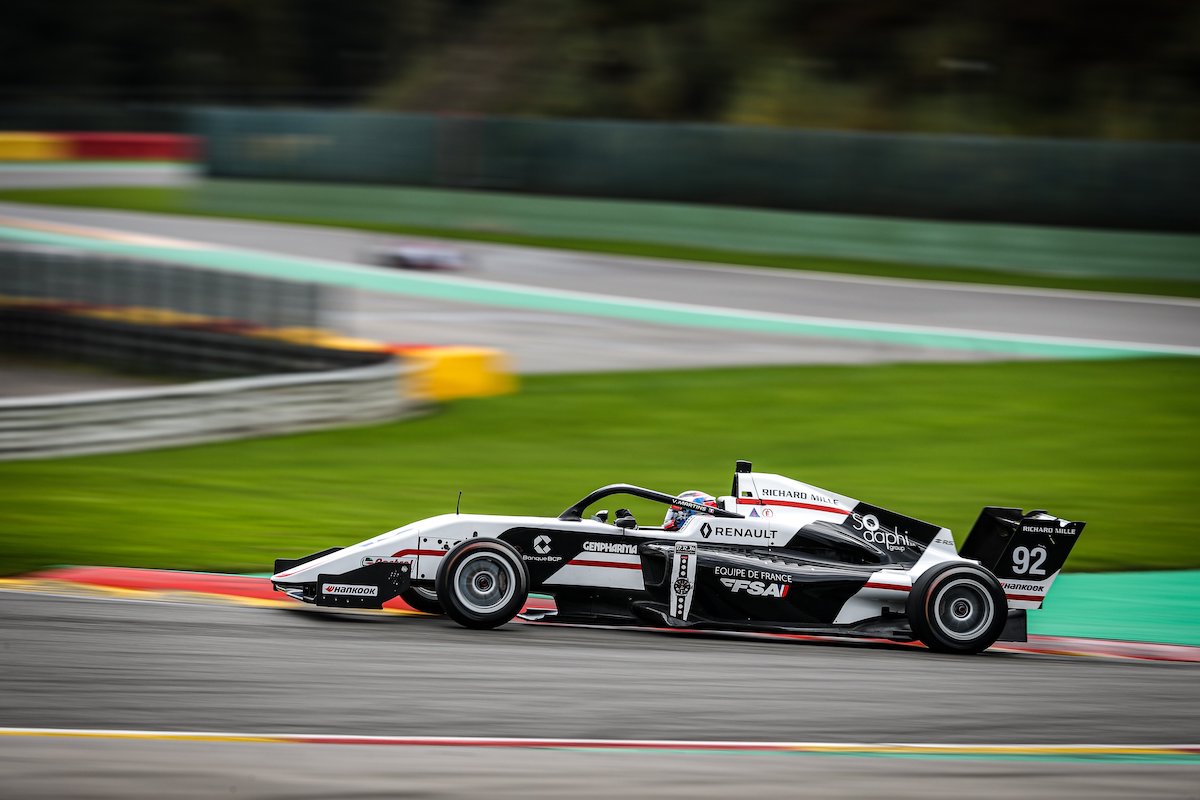 Formula Renault Eurocup leader Victor Martins claimed pole for the second race of the weekend at Spa-Francorchamps after spending most of the first qualifying session outside the top 10.

Through the first half of the session Martins hadn’t completed a representative lap time, while Franco Colapinto and Caio Collet swapped times at the top of the order.

With less than five minutes left on the clock, Martins managed a time sub 2m18s, but it was still more than a second behind then pole-sitter Colapinto and only enough for P14.

It was only in the last three minutes of the session that Martins was able to jump up the timing order, putting himself second and 0.358s behind Colapinto.

The ART Grand Prix driver continued to find pace on his penultimate flying lap to knock almost half a second off his lap time and go fastest overall with 2m16.319s time.

Martins wouldn’t improve on his final lap, but ended the session 0.124s ahead of Colapinto. Collet took third ahead of Amaury Cordeel and Ugo de Wilde.

Multiple drivers had lap times deleted for exceeding track limits. Alex Quinn topped the order at multiple points during the session, only to have the time deleted. He ended the day 13th behind Paul Aron who also had times deleted.