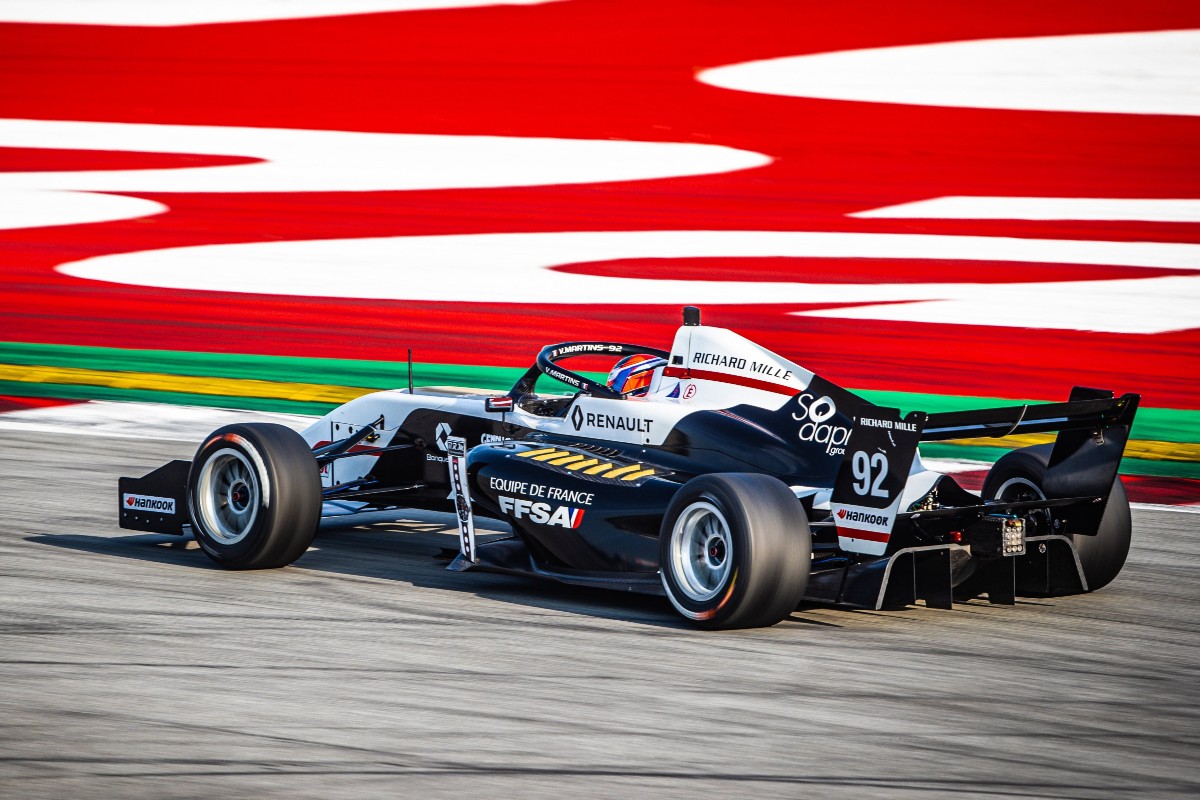 Victor Martins set the pace in Formula Renault Eurocup’s two free practice sessions at Barcelona, where he has been poleman for the last three series races at the circuit.

The Frenchman took pole for the 2018 season finale at the circuit, then dominated the Barcelona round last year. On Thursday he topped the pre-event test, and brought the fastest lap down by 0.627 seconds on Friday with a 1m42.235s lap.

Vidales emerged as Martins’ closest threat in FP2, but without improving on his morning time he still ended up fifth in the combined classification of the day.

The top 14 cars were covered by a second, with that group including MP Motorsport’s debutant and Spanish Formula 4 leader Kas Haverkort.