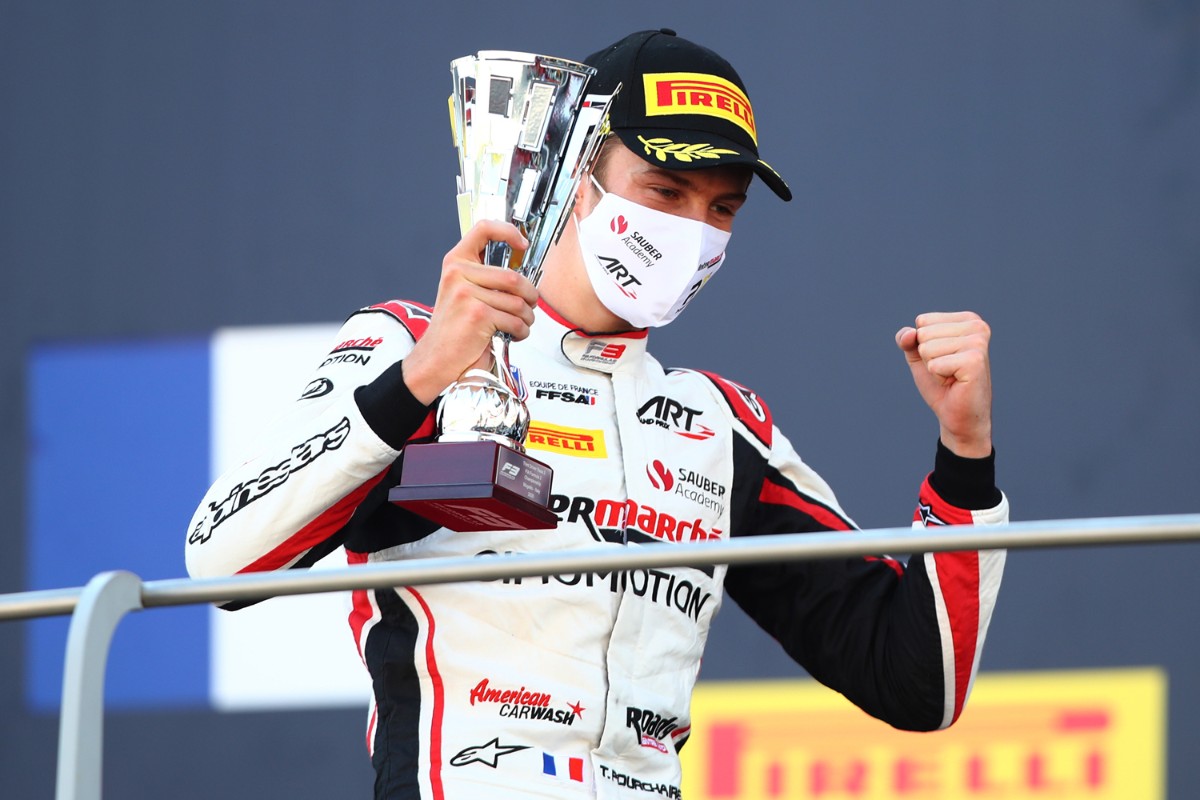 FIA Formula 3 Championship runner-up Theo Pourchaire has said he’s “doing everything” he can to land a seat at ART Grand Prix in Formula 2 next year.

The 17-year-old Sauber junior drove for the French team in his rookie FIA F3 season this season, with two wins and a further six podiums propelling to him to within three points of the title.

“For sure my [2020] season went well, it was a really good season for me, first year in Formula 3,” Pourchaire said to Formula Scout.

“P2 in the championship, only three points behind [champion] Oscar Piastri at the end, but I’m happy, I’m happy with my season. When I look back to my first weekend at the Red Bull Ring it was not so good with zero points, but I mean it’s because of this weekend that I did a good season after the first race weekend.”

He was classified 13th and 26th in those first two races, then only once finished lower than ninth through the remainder of the season. The turnaround in form after the opening weekend was evident when the Frenchman became the series’ youngest ever winner on the return visit to the Austrian circuit a week later.

“I learned a lot from that first weekend, and then I think I everyone saw that I was performing quite well. Now I’m just really happy, I just want to thank the team ART Grand Prix. They helped me a lot this year.

“And now we are looking for Formula 2, it’s the next step. I think I can do it.

“By being the youngest ever winner in F3, and vice-champion at the end – so yeah F2 is the next step. We will see with which team, we are doing everything [we can] to do it with ART. We are discussing together. Normally it will not take so much time to announce something, you will see it in the near future.”

Pourchaire came into FIA F3 after two years in Formula 4: one in France where he claimed the Junior title and one overall win, and a second in Germany where he won four races and became champion with the US Racing-run Sauber Junior Team.

His two main F3 title rivals Piastri and Logan Sargeant, who raced together at Prema this year, are expected to join Pourchaire in graduating to F2 for 2021.

HWA Racelab’s Jake Hughes meanwhile has already made his debut in the category above since the end of the season, and has announced he has no intention to return to F3.