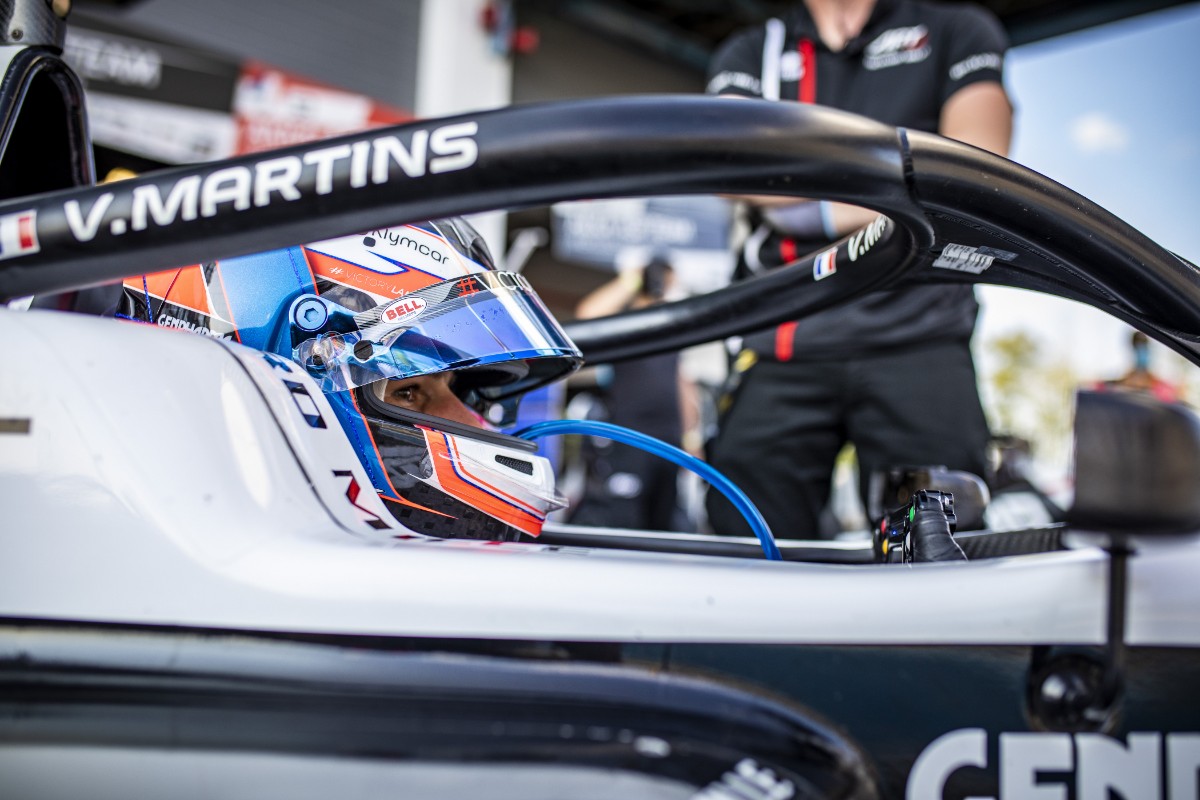 The ART Grand Prix driver had been at the circuit two days before to drive in FIA Formula 3 Championship post-season testing, along with title rivals Caio Collet and Franco Colapinto, and used that experience to be straight on the pace once he returned to his usual regional F3 car.

He ended Eurocup’s Thursday test with an advantage of less than a tenth of a second over Arden’s Alex Quinn, whose team-mate Ugo de Wilde just outpaced R-ace GP’s Collet for third place.

Bhaitech’s Lorenzo Colombo was fifth fastest, ahead of MP Motorsport pair Colapinto and Hadrien David. The third of the team’s cars was being driven by Spanish Formula 4 leader Kas Haverkort, who will be making his Eurocup debut this weekend.

The Dutch teenager ended up 12th fastest of the 18 drivers in the test, under a second off the experienced Martins’ pace.

Martins’ team-mates Paul Aron and Gregoire Saucy were eighth and ninth on the timesheet and the last drivers within a second of the fastest time.

JD Motorsport’s David Vidales, who is the closest rival to Martins and Collet in the standings, rounded out the top 10.