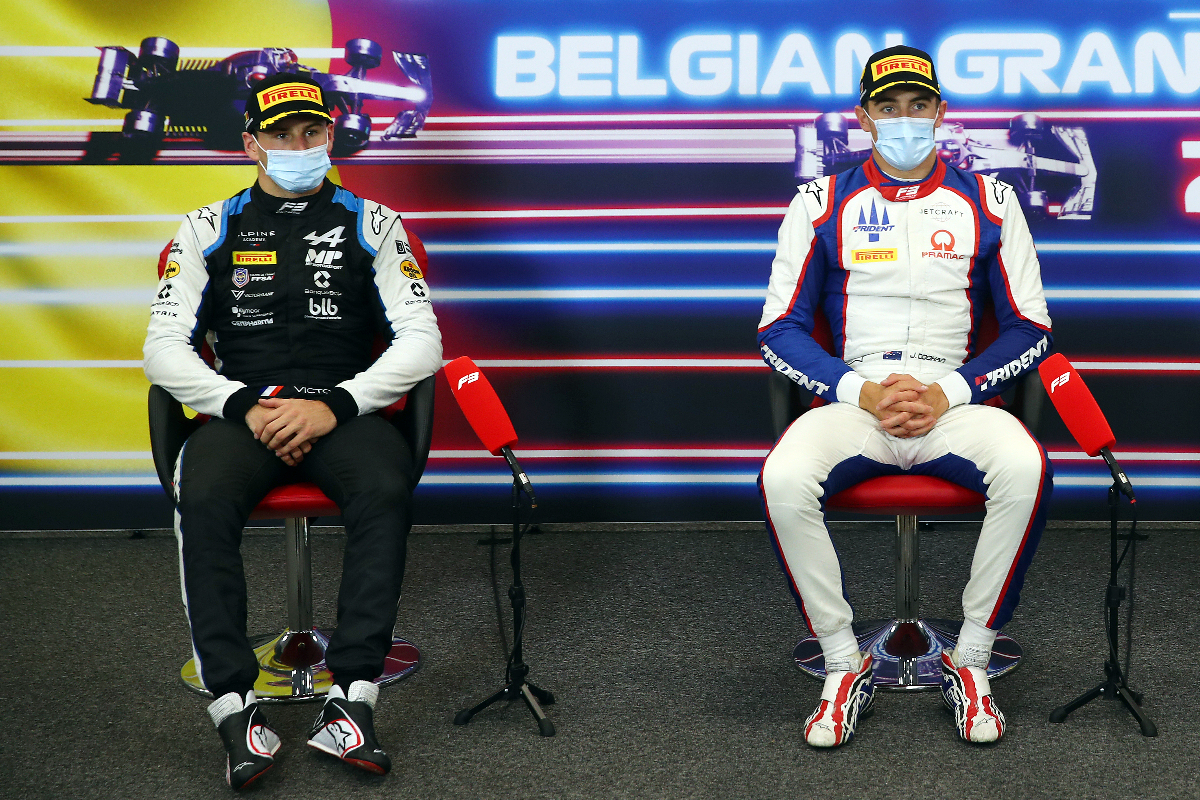 Victor Martins says he preferred to give up the lead to Jack Doohan than risk a penalty when the pair battled over victory in the third FIA Formula 3 Championship race at Spa-Francorchamps.

Martins took the lead of the race on lap five of 14 around the outside of Doohan at Pouhon. However, he had had to run beyond the track limits in the previous corner in order to get alongside Doohan, and that is what triggered the controversy.

Turn 9 was one of the two corners where FIA monitored track limits over last weekend to prevent drivers from gaining a lasting advantage by running off the track.

MP Motorsport’s Martins was aware of that, and tried to solve it during the race, but that wasn’t enough for the stewards.

“I saw myself in Turn 9 a bit off track, so I was not fully happy about this move, so I said maybe I need to back off a bit. I backed off just to be side-by-side, maybe it was not enough to show to the stewards that I made this,” said the Alpine junior in the post-race press conference.

As a consequence, Martins was told the lap after to give the lead of the race back to Trident driver Doohan, who would eventually take the victory.

The Alpine junior acknowledged the stewards’ decision after the race even though he recognised that things weren’t clear for him straight away.

“If I was right at the moment, I don’t think so, because when you are in the car it’s really hard to think twice or in the right way because we always want to be in front of each other.

“At the end I think that if I analyse everything, and see the footage, I will maybe understand why, but we have to leave it to the stewards.”

Martins also admitted that he didn’t want to receive a five-second time penalty, and he highlighted the importance of the points scored in the main race of the weekend.

“At the end, I’m not making the decision, I need to stick to it. It’s better to not take a five-second penalty. I prefer to take P2 and take big points because I struggle to score good points in race three since the beginning of the season.”

Such a penalty would have potentially deprived Martins of more positions had a safety car been deployed late in the race.

With his second-place finish, he moved up to fourth in the standings on 96 points, just five shy of Mercedes-AMG junior Frederik Vesti in third place.

Five things we learned from FIA F3’s Spa-Francorchamps round