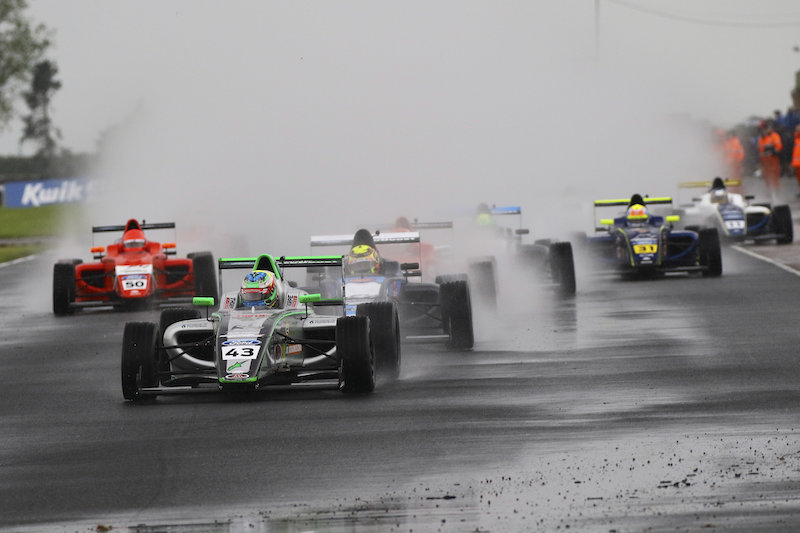 The 2021 Belgian Grand Prix officially lasted for one racing lap of 6.880 kilometres and just three minutes-and-27.071 seconds. Have any junior series held races even shorter than that?

There were a lot of dissapointed fans at Spa-Francorchamps last Sunday as Formula 1 left the east of Belgium having given spectators a grand prix that had one timed lap, with several other exploratory laps behind the safety car in wet conditions.

It may have been a first for F1, but the Belgian Grand Prix isn’t a trailblazer when it comes to calling, or cancelling, a race after one lap in single-seaters. Here a few examples of races that, sometimes tragically, lasted as long as the 2021 Belgian GP.

The finale of the 2015 GP2 season only lasted a few corners after an escalating crash took out several cars and caused such damage to the barriers that there was no time to restart the race before F1’s Abu Dhabi Grand Prix.

The lap one crash was started by Pierre Gasly spinning in front of the field exiting the second turn, and he was clipped by Norman Nato as he continued to rotate. Nato was barrier-bound at the next corner, collecting two other cars as he did, and then Nicholas Latifi and Artem Markelov followed his path to retirement. With no sectors completed, the race was void.

All drivers emerged from the wreckage swiftly, some frustrated about how their season had ended. 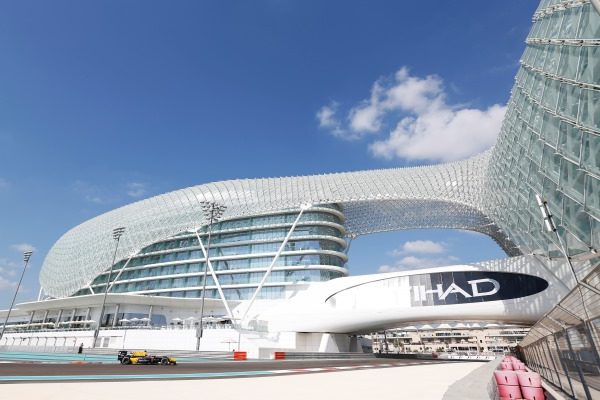 The second race of the weekend was cancelled due to wet weather, with no result being declared after one racing lap.

JHR Developments’ Josh Skelton led from reversed grid pole, having finished sixth in the first race of the weekend, and was still up front on lap two despite a heavy slide when conditions were deemed too dangerous and the race was red flagged.

He was classified by the timing systems as the winner, before it was declared the race was void of a result. Immediately after, conversations began on whether the race would count after one lap, if it could be restarted, of it would remain void.

After 37 days, a decision was made. Plans to add a fourth race to another meeting didn’t get far, but neither did keeping the race as void – which had maintained Zane Maloney’s seven-race winning streak despite finishing fifth in Croft race two. In the end, it was decided enough running was done to take the results from lap one and award half-points for the 96.080s race.

Linus Lundqvist was the winner of the shortened race, making use of a new engine in his Double R Racing-run car to take a double pole and finish second in race one. He was able to convert his pole into victory in race three, and was already 2.174 seconds clear of Arden’s Oscar Piastri in second place by the end of the third lap. 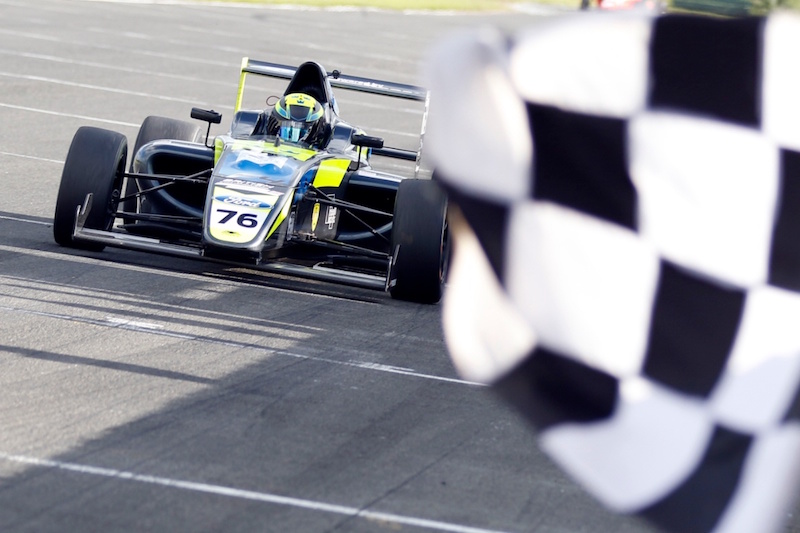 While Pasma technically finished fifth on the road and Monger was 14th at the time the result was taken, both drivers were counted as retirees. Monger lost both of his lower legs in the crash, and on his single-seater racing return went on to take pole positions in BRDC British Formula 3 and then win the Pau Grand Prix in stunning style while racing in Euroformula in 2019.

Heavy rain hit the last day of the British F3 season, leading to one race being shortened and the other cancelled entirely.

The first of those was delayed and began behind the safety car. Drivers got to complete two laps, with the chequered flag shown at the end of the second lap. As a result, Lanan Racing’s Joshua Mason took victory from the reversed grid pole.

He didn’t, however, set the fastest lap. Of the 18 drivers in the 7m04.673s race, 13 actually went faster than Mason on lap two and it was Fortec Motorsports’ Tom Gamble who set the pace down in 15th place. Even more remarkably, the race counted for full points despite no green flag action taking place (in contrast to series such as United States F4 where races lose championship status if racing doesn’t take place for at least one full lap without interruption).

Championship leader Nyck de Vries took pole and led the field away on lap one, with Sergio Sette Camara alongside him on the front row. However it was Louis Deletraz who became his main challenger on lap one.

Deletraz leapt up from fifth to second off the line, then went for the lead going into La Source but was boxed in by Sette Camara. He responded by using all the road on the exit and making Sette Camara go wide to reclaim second, and the top three of de Vries, Deletraz and Jack Aitken had started to break away by the second lap.

The red flags were waved as the leading trio got to Les Combes, following a multi-car accident at Eau Rouge that sadly claimed the life of Anthoine Hubert and led to life-changing injuries for Juan Manuel Correa. F2 cancelled the race entirely after that, and decided not to hold its sprint race the next day too as a mark of respect.